In 2015, Lisoka Lesasuyan was playing with his friends on the spectacular safari plains of northern Kenya when he picked up a strange metal object.

It was a discovery that would change this 13-year-old boy’s life forever. In his hands was a fuze from a mortar bomb.

It had failed to explode upon impact during a military training exercise. Tragically for him, the fuze detonated in his hands instead.

Lisoka lost both arms below the elbow that day. Shrapnel gouged out his right eye and lacerated his chest.

British soldiers, who were training in the area together with the Kenyan army, took him to hospital where he fought for his life. The Ministry of Defence (MOD) then went into damage limitation mode.

They told the family the mortar was just as likely to have been fired by Kenyan troops as UK forces. Out of kindness, they’d pay £67,000 in compensation for Lisoka’s horrific injuries, for which he required prosthetic limbs, a glass eye and life-long care.

But behind the scenes, an internal British military investigation uncovered evidence that should have meant Lisoka’s payout was much larger. 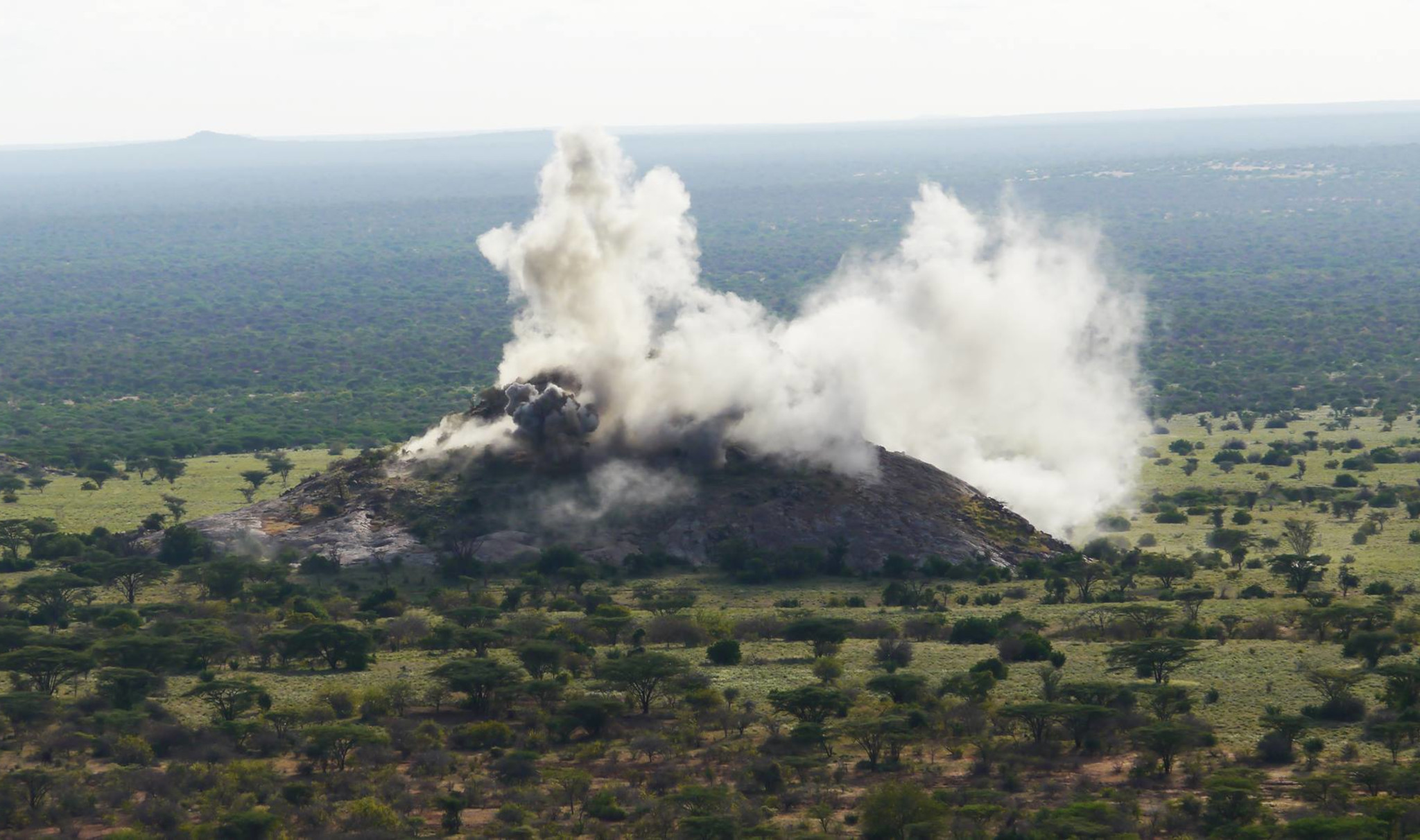 The report, which was first publicised by Declassified this April and had never been shown to the family before, found the mortar fuze had almost certainly been left behind by UK soldiers – making Britain the prime suspect.

The probe found UK military exercises in Kenya had created enough military debris to fill 13 shipping containers, including 57 fuzes that had fallen off mortars.

While those findings should have shamed the British army, Declassified can now reveal more disturbing evidence.

We have obtained another internal MOD report, this time examining Tetryl, the type of explosive used in the mortar fuze that blew off Lisoka’s arms.

It shows British military scientists knew Tetryl was malfunctioning by 2009, six years before the accident, but failed to replace it fast enough.

In fact, the dangers associated with Tetryl go back even further, to World War Two, when the yellow crystal-like substance was made at the Royal Ordnance Factories in Pembrey, south Wales, and Bishopton, west Scotland – often staffed by female conscripts.

The women produced so much of the stuff (40 tons a week at Pembrey in 1942) that Tetryl would be hardwired into “many legacy UK munitions” for decades, from surface to air missiles to depth charges.

But there was a catch, as the report explains. “Tetryl manufacture was terminated in the US and UK because of its severe toxic (including fatal) effects during manufacture and it is unlikely that manufacture or continuous exposure of personnel to bulk tetryl could be justified.”

A German arms firm has since concluded Tetryl is carcinogenic.

Its production ceased in the mid-fifties, meaning that “all UK tetryl stocks and consequently all tetryl contained in UK munitions and munitions sourced from abroad is now more than 50 years old.”

So the explosive that maimed Lisoka was half a century old. And what’s worse, it may not have been stored properly.

Inspections of Tetryl stocks in the 1970s found it was contained in bags that were deteriorating due to fungal attacks and electrolysis. “The consequence of this was that unknown quantities of the tetryl had degraded,” the MOD report reads.

“It was recommended that all tetryl stocks were inspected and repackaged. However, there are no records available to confirm that the repackaging was ever carried out or that degraded material was destroyed.”

Crucially, the military’s scientists admit: “It is possible that degraded tetryl was repackaged and then subsequently used in the production of tetryl pellets…used in a variety of UK munitions. (e.g. …Shell fuzes etc).”

In 2009, MOD scientists again realised Tetryl was “deteriorating and its physical properties are changing with age”. They advised that it should be largely replaced by 2015 – the year of Lesasuyan’s accident.

Tragically this did not happen. The fuze was ultimately not removed from service within the British army until the end of 2019.

An MOD spokesperson said: “Tetryl boosters were previously used in fuzes in small quantities and were removed from service in 2019. The boosters were kept in protective metal casings to prevent exposure and personnel were provided with proper training and equipment to ensure safe use.”