Vladimir Putin’s decision to recognise the rebel-held territories of Donetsk and Lugansk makes a diplomatic settlement with Ukraine much more difficult, even though its practical impact is to formalise existing Russian support for the rebels. It does not so far extend beyond the line of contact to take in the whole Donbas region which would be Putin’s natural next step.

Western-led sanctions are so far minimal with the exception of the German halt to the Nord Stream Two gas pipeline operation. But that – combined with US Secretary of State Antony Blinken calling off the meeting with his Russian counterpart Sergei Lavrov as well as ruling out a Putin-Biden summit – means that Putin may now pause for a few days.

Worldwide reaction to Putin’s move has varied. The leaders of most western countries condemned the move, but major Global South players were more equivocal. The Indian ambassador to the UN, T.S.Timumurti, argued: “The immediate priority is de-escalation of tensions, taking into account the legitimate security interests of all countries and aimed towards securing long-term peace and stability in the region and beyond.” China, meanwhile, called on all sides to “avoid any action that may fuel tensions”.

For public opinion in the majority of the world, condemning Russia for infringing sovereignty and fomenting a lethal conflict does not come well from the folks who brought you Afghanistan, Iraq and Libya – more than twenty years of war and a body count way in excess of the Donbas death toll.

As to Putin’s next moves, and assuming full rationality, there are several elements to factor in. Russia has the military capability in place to take the whole Donbas region he has recognised and even extend control further west. In theory it even has the forces to occupy the country, but it has not yet embarked on the national transition to a war-footing required to resist Ukrainian defences bolstered by the current flood of arms from Nato states.

More generally, Russia has the oil and gas export potential and the foreign currency reserves to resist sanctions for many months, even without Chinese support. But it is not one of the world’s major economies. The IMF places it twelfth in the global league table, behind the likes of South Korea, Italy, Canada and the UK – and a long way behind China and the US.

Although its annual military spending is substantial, it is still only fifth in the world, way behind China, let alone the US. Moreover, a long war in Ukraine would not go down well in Russia. The annexation of Crimea in 2014 was initially popular but that did not last long as the impact of higher prices for food – which became known as the “Crimea taxes” – took hold.

From the Nato perspective, the limited reaction to Putin’s recent move is because a full sanctions regime can only be used once: if Russia survives that, there is little left for Nato short of war, with the attendant dangers of escalation to nuclear weapons. Even now, with Nato states piling in troops and aircraft into the wider region, the risk of escalation grows, especially with numerous warships in uncomfortably close proximity in the Mediterranean, the Black Sea and the Baltic.

With all the uncertainty there is the question of Putin’s motivation, but it is worth noting that Britain saw its empire lost in forty years – and still hasn’t got over it forty years later.  Russia lost its “empire” in barely forty weeks and was then treated with contempt by the west for the whole of the 1990s, a situation made worse by the disastrous embrace of extreme neoliberalism (“Shock therapy”) followed by the wholesale expansion of Nato towards its borders. For Putin’s generation that context is ever-present, if not so much for younger Russians.

There is a final factor almost universally ignored, and that is who are the true beneficiaries, whatever happens short of a nuclear escalation. They are, on both sides, the military industrial complexes, especially the armaments industries, the war-promoting hydras.

For them this really is a gift as all the potential belligerents look to receive new orders. From St Petersburg to Vladivostok and from San Francisco to Berlin, the good times are already rolling. Military corporations are ever ready to propose military solutions to security problems whereas that is the very last thing wanted for this crisis. 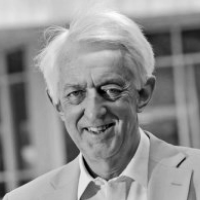 BRITAIN IN AFGHANISTAN: UNPREPARED THEN, UNPREPARED...

FOUR FAILED WARS MUST FINALLY FORCE THE UK TO ADOPT...