The Miami Showband – sometimes referred to as “The Irish Beatles” – was the most popular touring group in Ireland during the 1960s, playing in local ballrooms up and down the country, on both sides of the border.

In the early hours of 31 July 1975, on their way home to Dublin from a gig in Banbridge, County Down, the band’s minibus was flagged down. Those responsible were posing as a patrol of the Ulster Defence Regiment (UDR), then the largest regiment in the British army which, its British proposers claimed, provided security in Northern Ireland.

At least two members of the patrol were British soldiers, but all were members of the Ulster Volunteer Force (UVF), a loyalist (pro-British) gang of protestants which carried out hundreds of sectarian killings.

As the musicians stood on the roadside being checked, two UVF men placed a bomb in the minibus, intending to cause an explosion further down the road. This would have framed the band for moving explosives.

But the explosive detonated prematurely, killing the two bombers.

In the ensuing chaos, three band members were blown into a field and mown down by automatic gunfire. Two – bass guitarist Stephen Travers and saxophonist Des McAlea – survived.

They were in a Belfast court last month to witness a legal victory along with relatives of the band’s murdered lead singer, Fran O’Toole and its trumpet player, Brian McCoy. The four plaintiffs were awarded a total of £1.5 million. 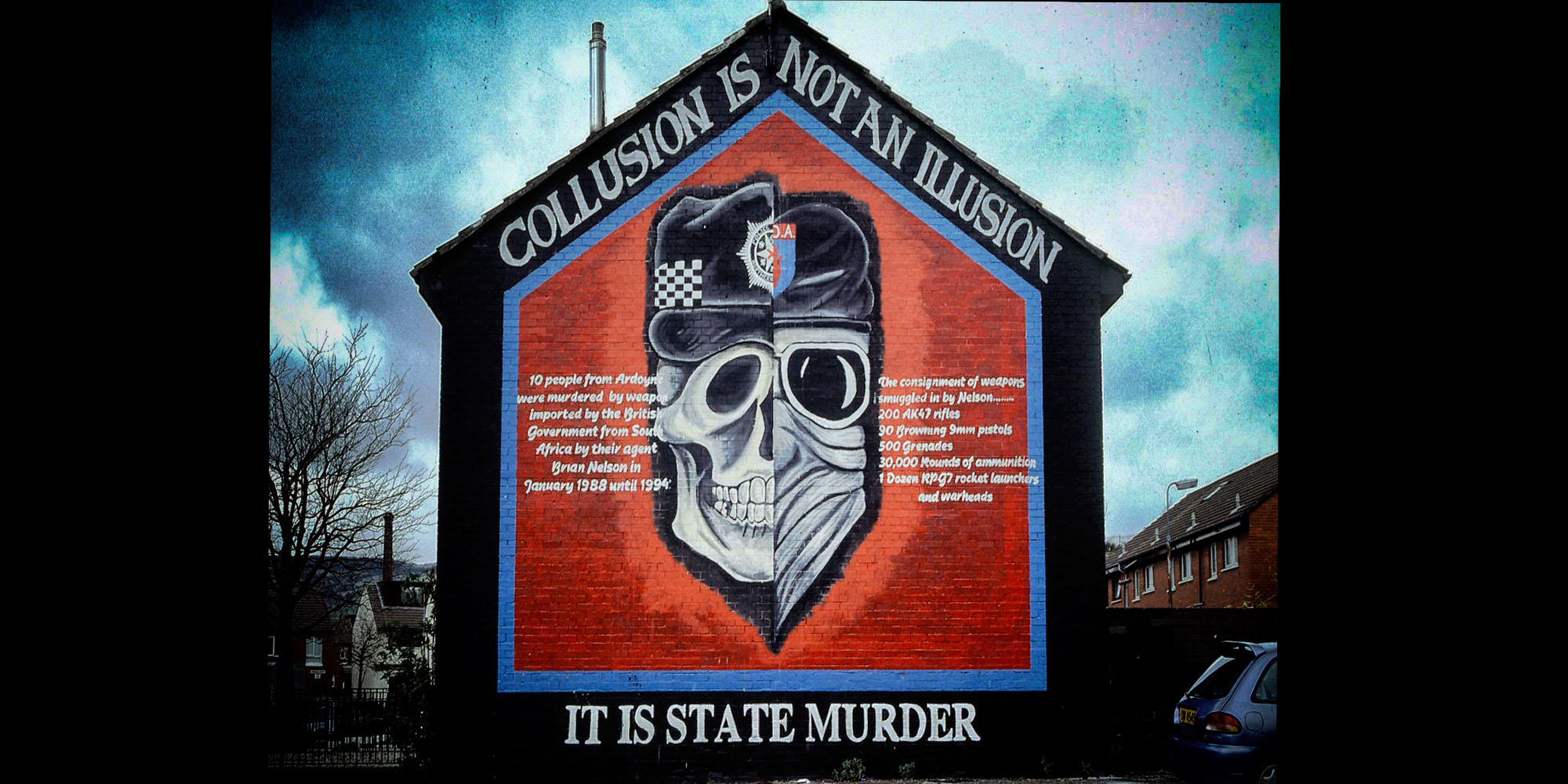 The settlement came after a protracted civil legal action against both the Ministry of Defence and the Police Service of Northern Ireland (PSNI). Neither entity has admitted liability.

However, the massive award is being interpreted as a de facto admission of culpability for the direct and indirect involvement of members of the British army and the predecessor of the PSNI, the Royal Ulster Constabulary (RUC) in the atrocity.

There is no doubt of direct collaboration between the loyalist killers and serving soldiers, as two members of the now-defunct UDR were previously convicted of involvement in the attack.

But the focus might equally have fallen on the police since one of its informers, Robin Jackson, was also linked to the murders. Jackson, from Portadown, was a former soldier suspected of involvement in up to 50 sectarian murders.

The Miami victims’ legal action followed a report in 2011 by the PSNI’s Historical Enquiries Team, which was set up to investigate unsolved murders during the Toubles. The report raised concerns that police were in collusion with Jackson, who was known as ‘The Jackal’.

He claimed in police interviews he was tipped off by police to lie low after his fingerprints were discovered on the silencer of a Luger pistol ballistically linked to the Miami attack.

The year after the bombing, three component parts – the pistol, a silencer and tape wrapped around it – were discovered in a County Armagh cow shed. But they were wrongly labelled by police, giving a false impression that Jackson’s prints were found on the tape when they were actually on the silencer.

Questioned by detectives about the Luger, Jackson quickly volunteered a reason for his fingerprints being on the tape, indicating that he had been tipped off from inside the RUC. 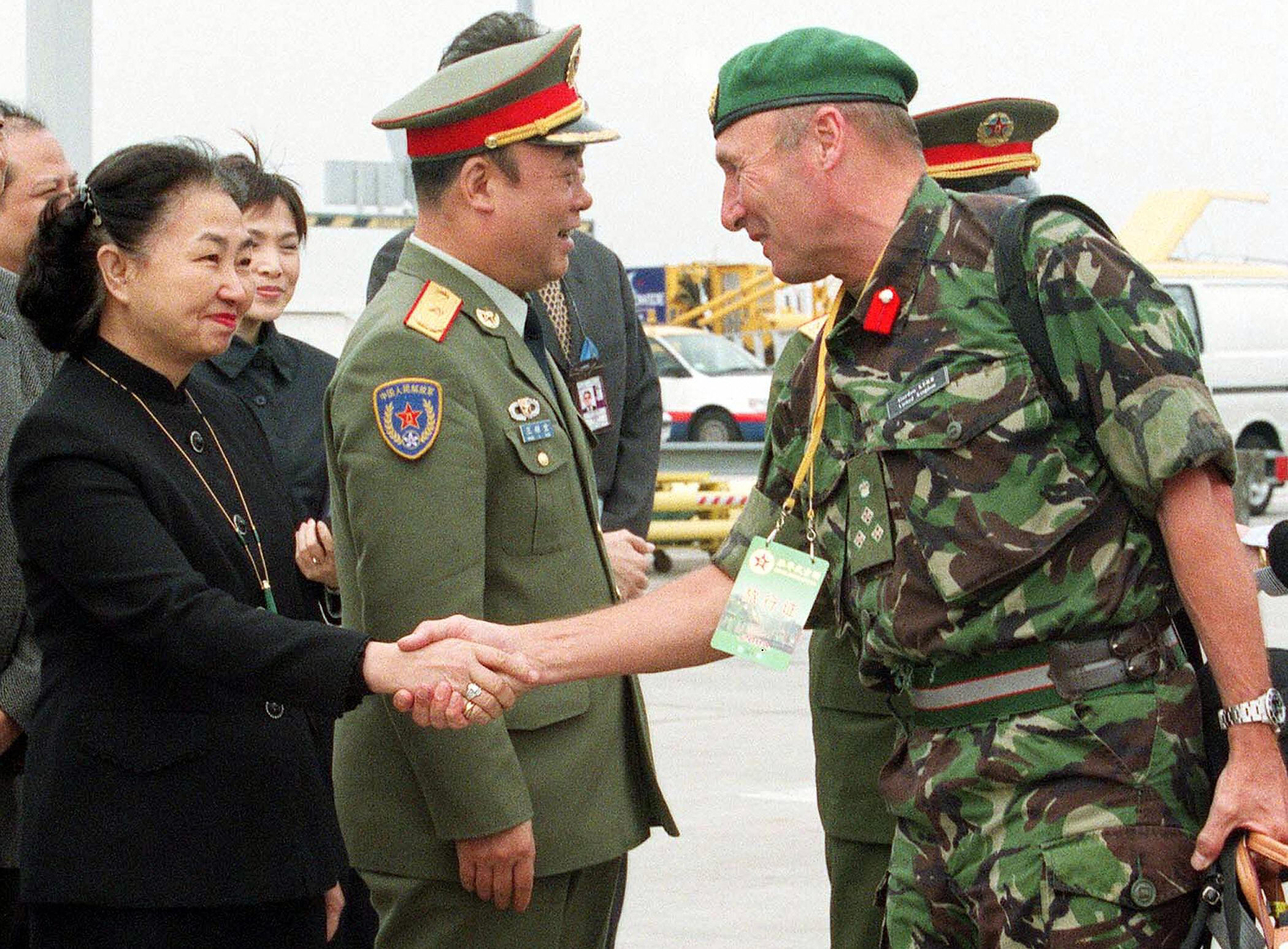 Will UK security agencies learn lessons from their collusion in...

Two years before the Miami attack, Jackson had been a prime suspect in another murder case when he was picked out at an identification parade by Margaret Campbell. She had witnessed her husband Patrick, a trade unionist, being killed in the hallway of their Banbridge home in October 1973.

In a document provided to human rights advocates at the Pat Finucane Centre and Justice for the Forgotten, former British army psychological operations officer, Colin Wallace, wrote in the margin that Jackson was a suspect for Campbell’s murder. But he states the charge was dropped “after RUC SB [Special Branch] intervention”.

Had Jackson been charged and convicted of Pat Campbell’s murder, he would not have been free to become involved in the Miami Showband killings and a string of other murders.

Jackson died of natural causes in 1998 aged 49. Wallace then wrote a eulogy, of sorts, in the Irish Independent newspaper. “Everything people have whispered about Robin Jackson for years was perfectly true. He was a hired gun. A professional assassin”, Wallace wrote.

He added: “He was responsible for more deaths in the North than any other person I knew. The Jackal killed people for a living. The state not only knew he was doing it, its servants encouraged him to kill its political opponents and protected him”.

As well as Jackson’s Luger, a standard British army-issue Sterling sub-machine gun was also used in the Miami attack. Its serial number had been carefully removed to disguise its origin.

That gun was also used in other attacks to kill eight non-combatants including five people with links to the moderate nationalist Social Democratic and Labour Party. In all these attacks, there is evidence of UK security force involvement.

An Emmy-nominated Netflix documentary telling the story of the Miami Showband killings, and Steve Travers’ subsequent campaign for justice, has trended several times on the global streaming service.

But those responsible for directing and controlling the Miami Showband killers have yet to be publicly identified and held accountable. 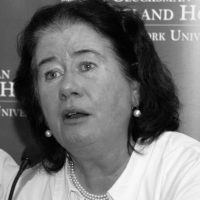 STAKEKNIFE AND THE SPY WHO WENT ON SAFARI