The UK programme, lasting from 2017 until 2023, is run through the Foreign Office’s Prosperity Fund, which claims to promote “inclusive economic growth needed to reduce poverty in partner countries”. Its budget is £74.5m.

But government project documents point to “prosperity interventions” that “will open up new markets” with “UK business able to benefit”.

The project began as Mexico was awarding contracts to private companies in its oil industry for the first time since the 1930s.

The UK government states that “the entire programme is structured to ensure we drive and take advantage of secondary commercial benefits for…UK businesses, arising from this [aid] activity.” It adds “there is a need to supercharge” trade relations “with the effective use of [aid] funds to open new markets”.

One of the programme’s aims is to help build “a new regulatory environment following de-nationalisation of the electricity, and oil and gas markets”. This would help “deliver full potential impact of reforms to the wider economy”.

Britain is well-placed to help Mexico in this process because of its “experience of energy sector privatisation and market liberalisation.” The UK is a “world leader on deep-water oil and gas extraction”, it adds.

British oil majors BP and Shell are closely linked to the UK Foreign Office and have since 2017 won big hydrocarbon contracts from the Mexican government.

According to the World Bank, Mexico is “highly vulnerable” to the adverse impacts of climate change.

British business also stands to profit from this. Documents released to Declassified show that the UK embassy in Mexico City spent £5,317 in 2018-19 to “showcase the UK’s private sector expertise in managing catastrophic risk”. This resulted in Mexico’s “preparation for the opening up of federal disaster insurance to UK insurers”.

Britain’s “prosperity” aid programme in Mexico is divided into four strands, but the energy strand is more than double the size of the others.

The UK government states that Mexico’s energy industry needs particular focus because it has  limited capacity to exploit its extensive oil and natural gas reserves. It adds that Mexican Petroleum (Pemex), the state-run oil company that is the largest player in the oil and gas sector, “does not have sufficient resources and capabilities to take advantage”.

The programme will promote “niche areas where relatively small interventions can have a ‘leverage effect’ via changes in legislation”.

The UK government notes that the project has so far been successful. It states that “our work has helped Mexico…reform its energy sector incorporating best practice on energy regulation and auction processes.” It adds: “In this we can draw on synergies with other UK funds in Mexico….where UK companies are also well placed in these fields.”

Other British diplomacy has also helped UK companies take advantage of Mexico’s oil liberalisation. As the aid project began in 2017, the Lord Mayor of London, the top official of the City of London, visited Mexico and said he was “particularly impressed by the successful liberalisation of the energy sector to foreign participants”.

He added: “With Mexico looking to invest billions of dollars in new infrastructure” including “the exploitation of the oil and gas reserves in the Gulf of Mexico, there was a strong interest in the City’s offering as a global financial hub with the capacity to help plan and finance these projects.”

The Mexican oil industry has been run by state-owned Pemex since 1938 when President Lázaro Cárdenas expropriated nearly all the assets of foreign oil companies operating in the country.

Before, the oil industry had been dominated by the Mexican Eagle Company, a subsidiary of Shell, which accounted for over 60% of Mexican oil production.

After nationalisation, the British feared a “nationalist contagion” spreading to other oil producing countries such as Venezuela and Iran.

Whitehall was “effectively a mouthpiece for the interests of Royal Dutch Shell” and took an antagonistic position towards the Cárdenas government’s nationalisation. The UK boycotted Mexican oil exports and broke off diplomatic relations.

In an historic series of legislative moves in 2013-14, president Enrique Peña Nieto ended Pemex’s monopoly on oil exploration and production rights, opening up the industry to private operators for the first time in 75 years.

In March 2017, as the UK aid project began, BP unveiled its first fuel retail site in Mexico, becoming the first foreign company to enter the market. By the end of the year it had opened 100. “Mexico is one of the key growth markets for BP,” said a company official.

“Mexico is one of the key growth markets for BP,” said a company official.

By 2020, BP said its fuel stations were serving more than 700,000 customers daily, with more sites than any other brand, apart from state-owned Pemex.

“We are very happy with the results obtained so far. We were the first international company to enter the gasoline market in Mexico,” said the general director of BP fuels, Alvaro Granada.

The company added: “A thriving industry, coupled with the decision by the Mexican Government to deregulate the fuels market in 2013, makes Mexico an attractive option for foreign investment.”

Meanwhile, in 2018, the other British oil “supermajor”, Shell, snapped up nine of 19 Gulf of Mexico oil and gas blocks awarded in a Mexican auction. Two years later, in 2020, it opened its 200th petrol station in Mexico.

The Foreign Office refused to answer Declassified’s questions about whether it had any contact with these oil companies in the context of its Mexico aid programme. 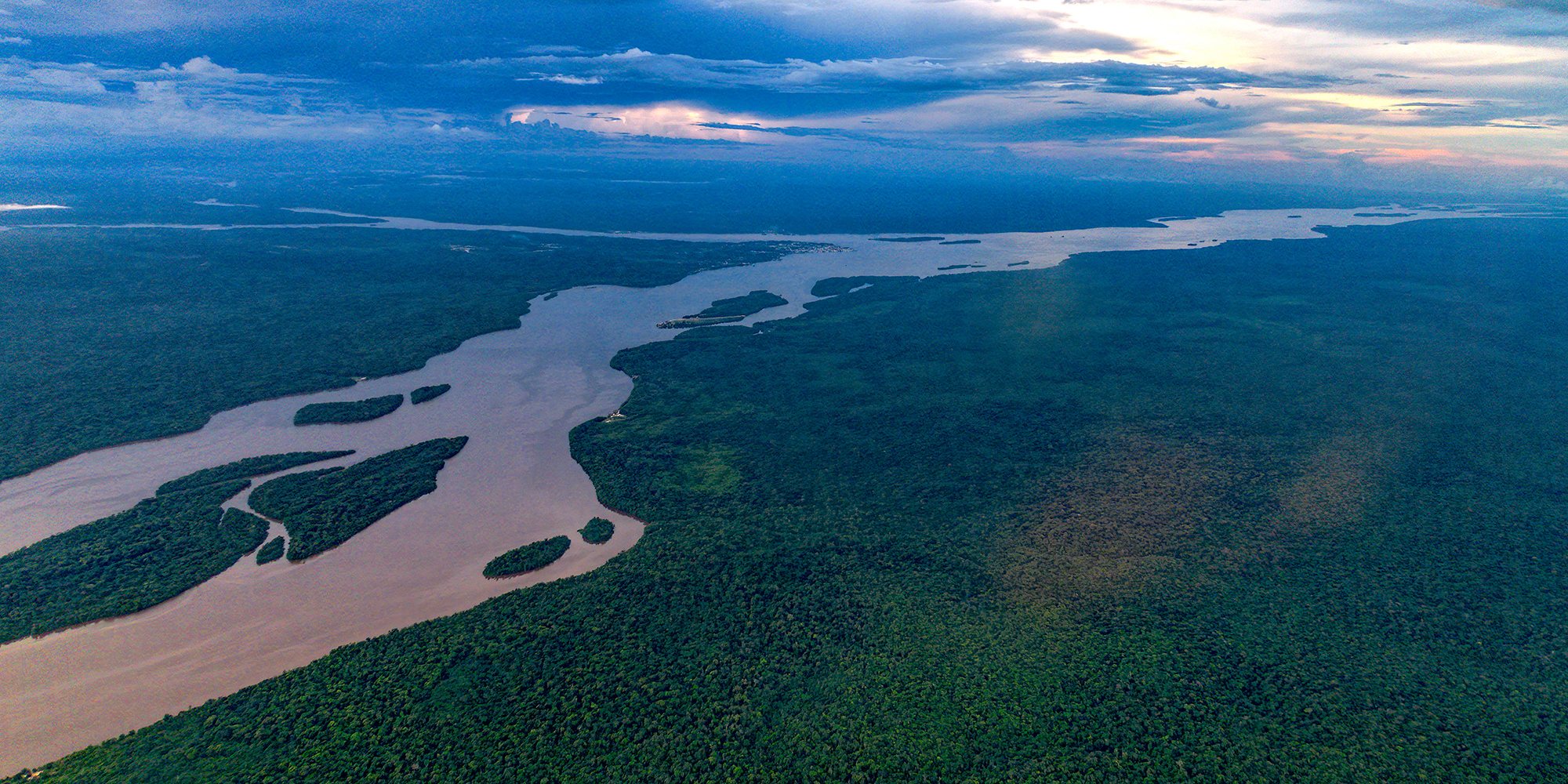 Conservative Party donors and the battle for offshore oil claimed...

The UK government contract for the energy programme in Mexico was awarded to Development Alternatives Incorporated (DAI), a US company that is a major contractor for the British and American governments.

DAI announced in 2019 that it would serve as Shell’s “global advisor” to help enterprises connect with Shell’s local value chain and markets in 18 countries.

CIA whistleblower Philip Agee said in 2006 that DAI acts as one of the “mechanisms of the US embassy” around the world.

The closeness of the DAI to US embassies around the world is illustrated in diplomatic cables published by WikiLeaks.

One US cable from Sudan notes that DAI is “an assistance partner under USAID’s Office of Transition Initiatives’ (OTI)” and was contracted to “implement a small grants program in Sudan to help create space for peaceful political change”.

The OTI is a specialised branch of USAID that is “targeted at key political transition and stabilization needs”, managing funds destined for organisations favourable to Washington in countries undergoing political crises.

The Sudanese government moved to prosecute DAI, claiming it was “supporting opposition activities aimed at destabilizing the government, as well as directing activities against the internal security of the state”.

In 2011, a DAI worker was arrested in Cuba on a covert “democracy project” which provided “Cuba’s Jewish community with communication equipment for wireless Internet connectivity”.

The US embassy has long pushed for Mexico to privatise its oil. When Mexico’s president Calderon touted a privatisation proposal in July 2008, the US embassy advised Washington: “from now until President Calderon signs something into law, the Embassy strongly recommends that all [US government] officials remain quiet and enjoy the show.”

​​A Foreign Office spokesperson told Declassified: “The UK’s Prosperity Fund is working to tackle some of the market barriers that hold back Mexico’s ability to transition to a low-carbon economy.”

Development Alternatives Inc. said it could not answer any questions related to its Mexico contract without consulting with the client, the UK Foreign Office, which did not respond to them. BP and Shell did not respond to requests for comment.

REVEALED: THE UK SUPPORTED THE COUP IN BOLIVIA TO...

HOW BRITISH INTELLIGENCE DESTABILISED DEMOCRACY IN...

EXCLUSIVE: BRITAIN USES VAST SWATHES OF ONE OF THE...