This aid has coincided with the British government enforcing swingeing austerity policies at home which have stunted economic growth and increased poverty.

UK documents note that the “primary purpose” of its China programme is to promote the country’s “sustainable economic development and poverty reduction”.

Run through the Foreign Office’s Prosperity Fund, the UK aid started in 2017 and will run until 2023. It has been budgeted at £103m so far, but a further “phase” is planned.

The funds are classified as “overseas development aid”, or ODA, which must promote “the economic development and welfare of developing countries”, according to the OECD definition.

China is the world’s second largest economy which is valued at £10.9 trillion, more than five times larger than the UK’s.

This UK generosity is likely to be embarrassing for the government. Earlier this month MI5 circulated a warning to MPs that a Chinese lawyer was seeking to improperly influence parliament on behalf of the ruling Communist party.

The British aid programme in China, a one-party dictatorship, focuses on reforming the country’s business environment and financial services. It also seeks to help China’s transition to a low-carbon economy, and provide support for infrastructure projects.

The UK aid funds are “designed to address market failures and weaknesses that impede China’s inclusive economic growth and will help China’s ongoing transition to an inclusive, sustainable and productive economy.”

This month, Syria signed up to be part of the initiative, while Iran joined last year. 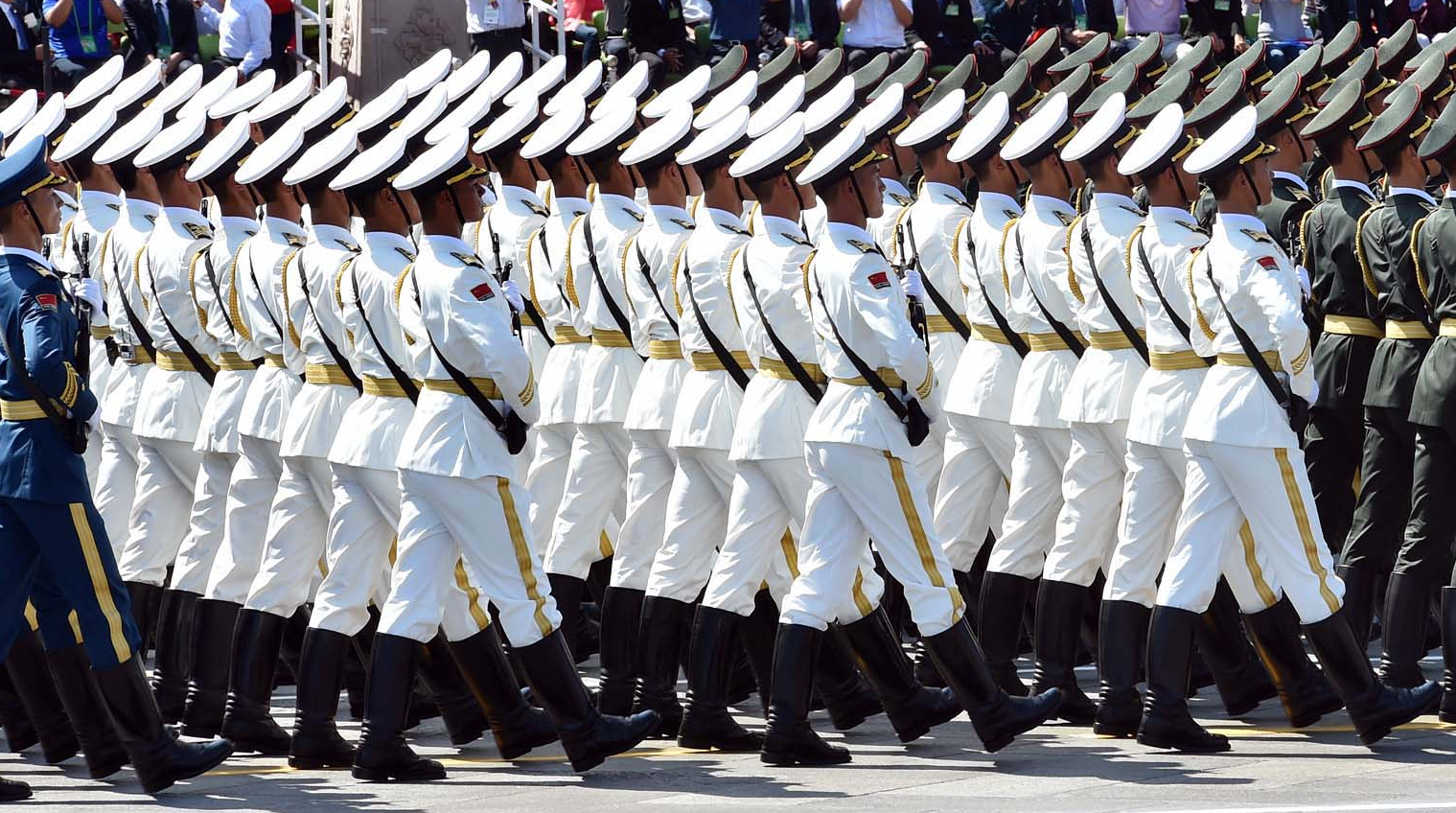 As the UK hypes the China ‘threat’, it sells the...

In the past 40 years, China has pulled over 800 million people out of poverty and achieved major improvements in access to health and education.

China’s growth rate in the four decades to 2018 averaged 9.5%, which the World Bank describes as “the fastest sustained expansion by a major economy in history”. Its economy grew by an all time high of 18.3% in the first quarter of 2021.

Meanwhile, Britain’s growth rate averaged 1.8% in the three years before the covid-19 pandemic.

Over 14 million people in the UK were living in poverty even before the pandemic, according to the Joseph Rowntree Foundation.

In 2019, Human Rights Watch reported that “tens of thousands of families in the UK every year do not have enough food to live on”. This phenomenon had “emerged alongside a wide-ranging and draconian restructuring of the country’s welfare system since 2010”, it said.

In 2010, the new Conservative-led announced the biggest cuts to state spending since the Second World War, with social security programmes particularly targeted. Local governments also saw severe cuts to their budgets, with core funding in London reduced by 63% in real terms in the decade to 2020.

The United Nations accused the UK government in 2019 of unnecessarily causing a “social calamity” with an “austerity experiment” which produced record levels of hunger, homelessness, and decreased life expectancy.

Economic austerity in England was recently linked to 57,550 more deaths than would have been expected from 2010-15. It also contributed to pushing 600,000 children below the breadline in the decade to 2020.

David Cameron’s government, which launched the domestic austerity programme in 2010, tried to cosy up to the regime in Beijing and increase business ties.

This charm offensive included a visit in September 2015 by Chancellor George Osborne to Xinjiang, the province in north-west China where human rights abuses were being committed against the Uyghurs, a minority Turkic group which is Muslim.

The UK government said Osborne’s “historic first visit” to the province was part of a “major push for new trade and investment ties with emerging regions” across China.

While there, Osborne “welcomed a major new investment…by a Xinjiang-based firm and announced a new aim to make China the UK’s second largest trading partner.”

The previous year, China had launched its “Strike Hard Campaign against Violent Terrorism” in Xinjiang. The number of people formally arrested leapt three-fold compared to the previous five years. 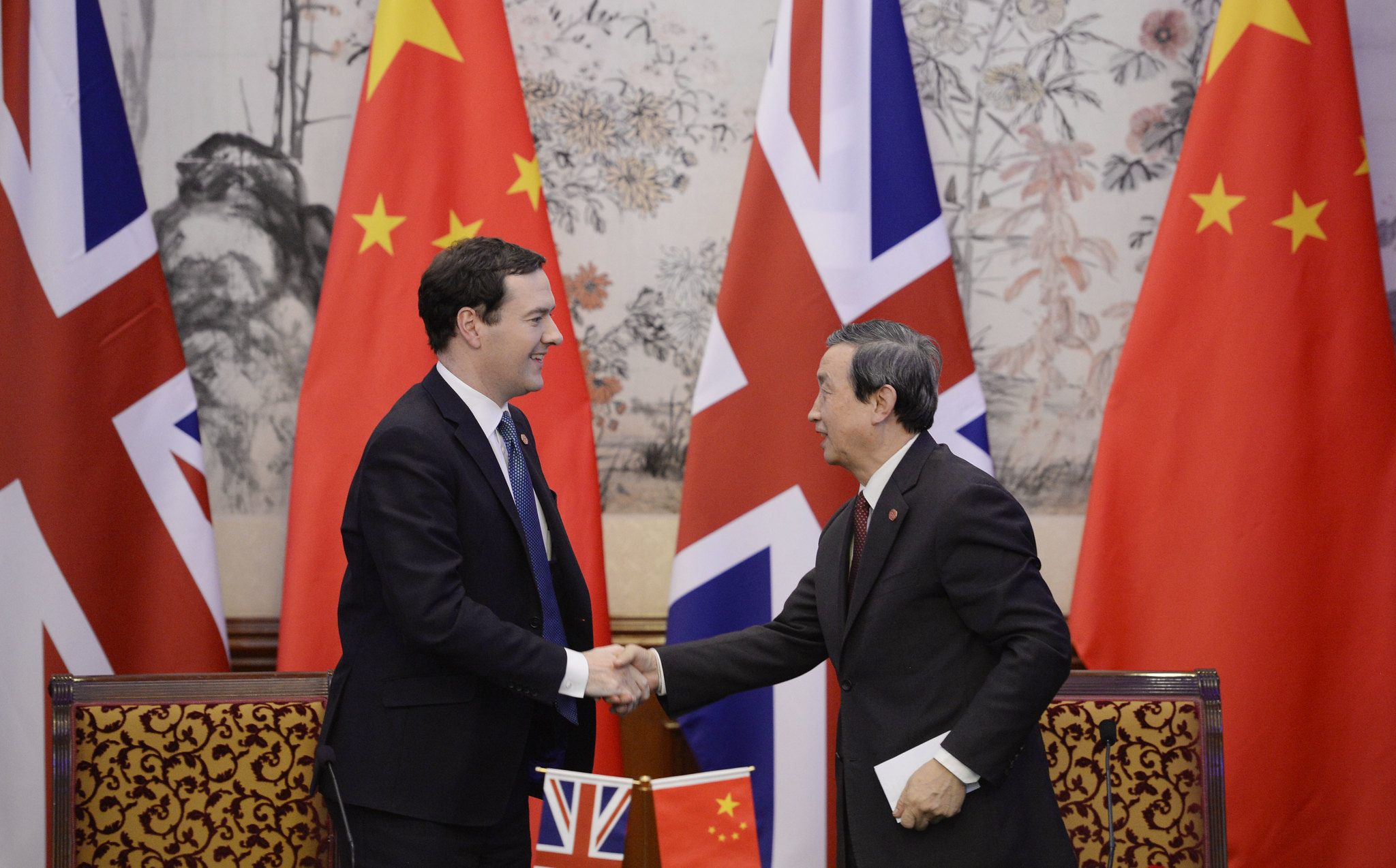 Osborne did not mention human rights on his visit. He said instead: “China’s emerging regions, like Xinjiang, hold enormous potential in the years ahead.”

He added: “That’s why I wanted to come here today to see this place for myself, and highlight Britain’s absolute commitment to support the growth of…the whole of the Xinjiang region.”

In recent years, British overtures to China have stopped and it is now a state-sanctioned enemy. In January 2021, the UK government announced new measures to make sure British companies “are not complicit in, nor profiting from, the human rights violations in Xinjiang.”

Three months later, British MPs voted to declare that China is committing genocide against the Uyghurs in Xinjiang, where Osborne had been drumming up business just six years before.

The Foreign Office did not respond to specific questions about its Prosperity Fund programme in China. But a spokesperson told Declassified: “We cut Foreign Office aid programming to China by 95% in 2021, focusing the remaining programme funding on specific programmes that support British values around open societies and human rights.”

REVEALED: UK FOREIGN OFFICE HAS SPENT NEARLY HALF A...