Britain’s foreign intelligence agency, MI6, overthrew Mohammad Mossadegh, Iran’s first democratically elected prime minister, in 1953 with the help of the CIA. They replaced him with the Shah, an autocrat protected by his infamous secret police, Savak.

“Like Lumumba, Mossadegh had been democratically elected and was a champion of secular unity in his country”, writes academic Dr Susan Williams in her new book White Malice, a devastating, superbly researched account of how the CIA, MI6 and Belgium – Congo’s former colonial power – destroyed the newly-independent country’s legitimate government.

Lumumba was the victim of a long and vicious campaign to discredit him before he was captured, tortured, and assassinated in January 1961.

MI6 files on its role in the events leading to his murder remain suppressed; many have almost certainly been destroyed. Although the CIA still withholds files, documents on the plot have been released in the US.

White Malice exposes the extent of the CIA’s network of agents and beneficiaries of its lavish bribes. They included Joseph-Désiré Mobutu, head of the Congolese army who played a key role in the coup against Lumumba.

Mobutu seized power for himself in a CIA-backed coup in 1965 and ruled Congo, later calling himself Mobutu Sese Seko and his country Zaire, until his death in 1997.

There is little doubt that Daphne Park, MI6 station chief in Congo under cover of consul at the British embassy, was kept fully informed of the CIA’s dirty work, including a plan to poison Lumumba. She was very close to Larry Devlin, the CIA’s station chief.

Williams points to two different claims Park made about Lumumba’s murder. Asked who killed him in a 1989 interview with New Yorker magazine, she replied: “The CIA of course”. Then in 2013, Lord Lea, a fellow peer (Park had been ennobled) said he asked her if MI6 had anything to do with the killing and claimed she replied: “We did. I organised it”.

Williams comments: “At first sight, these two responses seem contradictory, but perhaps there is truth in both”. The key, says Williams, is that Park “regarded her job in MI6 as not simply intelligence gathering but also intervention.”

In a BBC Panorama television interview on 22 November 1992 Park admitted; “You set people discreetly against one another…They destroy each other, we don’t destroy them”. That was very easy in newly independent Congo.

The simple way of ensuring Lumumba’s removal was “killing him”

Williams records that in September 1960, the day after Britain’s then prime minister Harold Macmillan discussed “the troublesome activities” of Lumumba with President Eisenhower, Howard Smith of the Foreign Office’s African Department told his colleagues that the simple way of ensuring Lumumba’s removal from the scene was “killing him”.

Lumumba was executed on 17 January 1961 by Congolese troops in the mineral rich province of Katanga ruled by Moise Tshombe. Frans Vrescheure, the Belgian police commissioner, was probably the last Westerner to see Lumumba alive.

Paddy Hayes, author of Queen of Spies, put it this way in his biography of Park: “Neither Park nor Devlin pulled the trigger, gave the order to the firing squad, but they conspired to bring about a situation where the most logical, indeed the only possible, outcome would be the death of Patrice Lumumba”.

The British government’s role was much more than passively turning a blind eye. It was also more than mere collusion. British officials positively encouraged Lumumba’s enemies to get rid of him. This is abundantly clear from Williams’ book.

British and US intelligence and Lumumba’s opponents had another willing accomplice: General Henry Alexander, seconded from the British army to serve as chief of defence staff for Kwame Nkrumah, Ghana’s first president.

Alexander was also head of the large Ghanaian contingent in the UN peacekeeping force in Congo. He and his fellow British officers who were supposedly serving the UN had plenty of opportunities to save Lumumba from his pursuers but refused to do so.

‘The intelligence coup of the century’

Unanswered questions also still surround the death of the then UN secretary general Dag Hammarskjöld, who was a robust supporter of Lumumba as leader of Congo’s legitimate government.

Williams describes how the CIA not only bribed foreign delegations at the UN, they also regularly intercepted the encrypted communications of UN staff. They did so with the help of machines manufactured by Crypto AG, a Swiss-based company secretly owned by the CIA and West Germany’s foreign intelligence agency, the BND.

At least four countries – Britain, Israel, Sweden and Switzerland – knew of the operation, described by the CIA as “the intelligence coup of the century”, and were passed intelligence obtained from it.

There are echoes of a much later operation in the run up to the invasion of Iraq when Katharine Gun, the GCHQ translator, exposed US requests to Britain to bug communications at the UN. 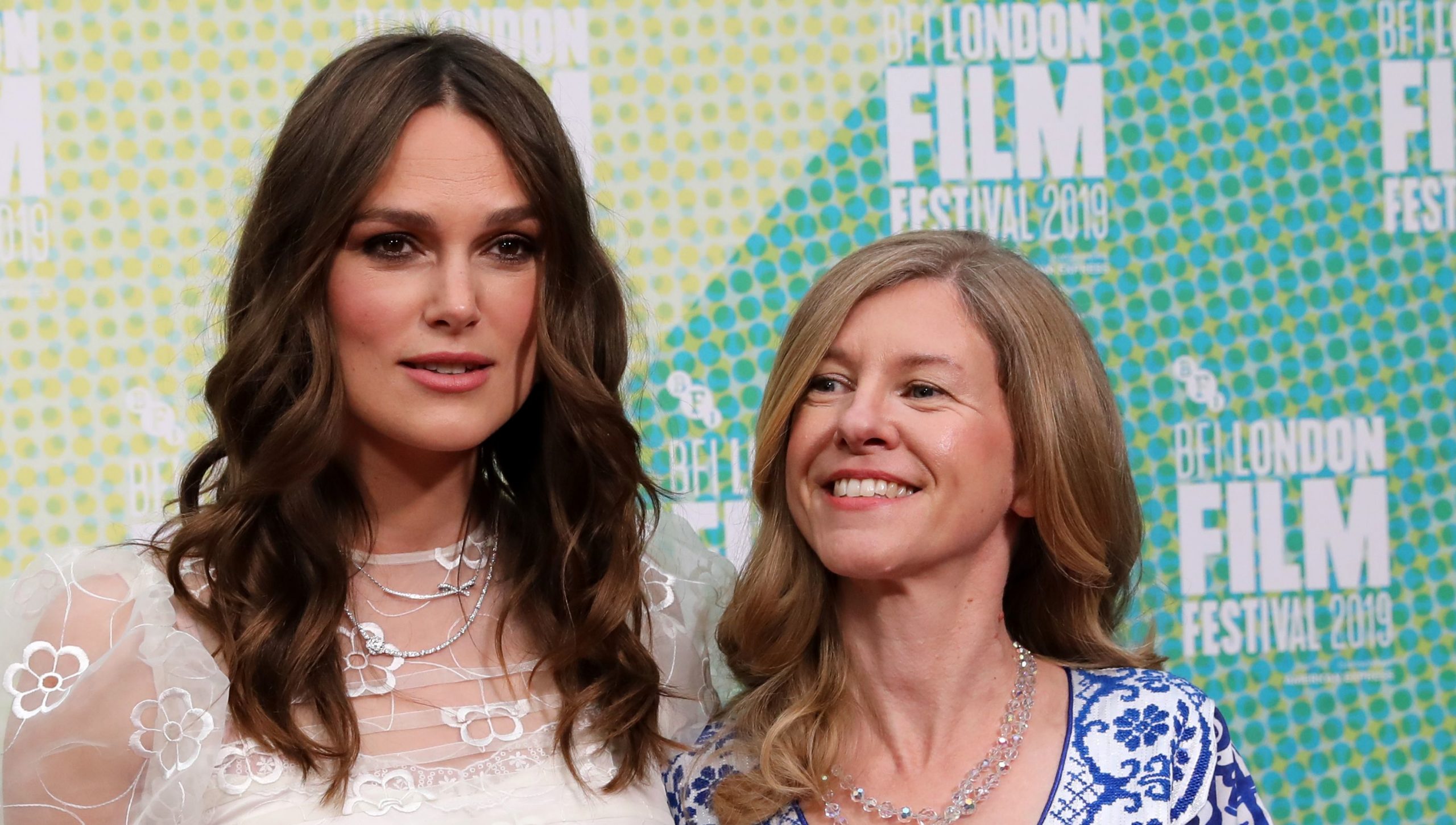 Britain’s secret state and the need for whistle-blowing

Hammarskjöld, travelling with two CX-52 Crypto AG machines, was killed on the night of 17-18 September 1961 when his plane crashed in Northern Rhodesia (later Zambia) not far from the Congo border. A UN investigation, triggered by Williams’ earlier book, has yet to be completed.

Williams writes: “Communications sent from the CX-52 cryptographic machine used by Hammarskjöld appear to have been intercepted by British and United States signals and intelligence agencies as a result of a secret interception and decryption setting that those agencies held that enabled them to intercept surreptitiously”.

In evidence to an earlier inquiry into the crash, Commander Charles Southall, a US intelligence officer attached to the GCHQ listening station in Cyprus, described how he had heard the recording of a commentary of a pilot, believed to be a Belgian mercenary, as he shot down Hammarskjöld’s DC-6.

Southall said that in his view a CIA unit was responsible for shooting down the plane.

Williams quotes documents from a South African organisation linked to mercenaries examined by that country’s Truth and Reconciliation Commission. She writes: “One of the documents states that CIA director Allen Dulles had promised full cooperation with ‘Operation Celeste’, a plot to kill Hammarskjöld. The murder of Lumumba is referenced: ‘I want his removal to be handled more efficiently than was Patrice [Lumumba]’”.

The CIA – and British intelligence agencies, with the help of the Foreign Office’s secret propaganda unit, the Information Research Department – then turned their attention to smearing and destabilising Nkrumah. Ghana’s charismatic president and Lumumba’s influential supporter was also determined to keep his distance from the West of which he was correctly suspicious.

Williams quotes Britain’s high commissioner in Accra stating: “It is in the interest of Britain that Nkrumah should cease to rule Ghana”.

In 1966 Nkrumah was overthrown in a military coup dubbed “Operation Old Chop”. A number of the leading conspirators had been in Ghana’s UN contingent in Congo led by General Alexander.

“It is in the interest of Britain that Nkrumah should cease to rule Ghana”.

Williams describes the extent of the network of institutions the CIA set up to indoctrinate the elites and the youth of Britain and the US, as well as Africa. They included the Congress for Cultural Freedom, the American-African Institute and the American Society of African Culture.

Part of a pattern

With its masterful historical research, White Malice should be read by every student of the CIA and of Africa’s independence movements and their leaders, especially those studying Congo and West Africa.

But MI6 was also active elsewhere in Africa. One neglected book is The Road to Zimbabwe, by Anthony Verrier. Verrier, who had extremely good contacts with MI6, describes how British intelligence agencies adopted a rather more subtle approach towards emerging African leaders in Southern and East Africa.

While for the CIA they were either pro-Western or Communist sympathisers, MI6 encouraged what it considered to be potentially “moderate” nationalist leaders. “The virtual recruitment of Mboya, Nyerere, Banda, Kaunda, and Nkomo” by MI6, says Verrier, “was substantially due to good intelligence about the kind of organisations which they actually or prospectively led”.

They were all “recipients” of funds covertly provided by MI6, Verrier says.

REVEALED: THE CIA AND MI6’S SECRET WAR IN KENYA