Liz Truss, now Foreign Secretary, was Secretary of State for International Trade from July 2019 to September 2021, during which time she was in charge of regulating the export of British arms and other equipment which can be used for military purposes, known as “dual use” equipment.

In the 26 months Truss served as Trade Secretary Russia was granted 651 UK licences for controlled equipment valued at £289m.

Her period in office followed the Salisbury poisonings, when former Russian military intelligence officer Sergei Skripal and his daughter Yulia were poisoned in March 2018. Two local people, one of whom died, were later exposed to the nerve agent used in the attack, which evidence suggests was carried out by Russian military intelligence officers.

Some 24 “open licences” were also granted to Russia under Truss. Open licences allow unlimited exports of specific equipment to countries over a long period of time or indefinitely. These licences do not have any financial value or quantities specified.

Truss’s department approved numerous licences for controlled “viruses” for use by Russian medical researchers, as well as large numbers of licences for “cyber defence” equipment for end-users in Russia.

It is unclear how many licences were destined for end-use by the Russian government as the Department for International Trade (DIT) would not clarify.

Truss is up against former Chancellor Rishi Sunak in the final run-off to be the next Conservative Party leader. When she launched her campaign two weeks ago, she pointed to her hardline position on Russia.

“I stood up to Vladimir Putin by targeting Russia with the toughest sanctions his regime has ever seen,” she said. “And I would continue to lead the free world in opposing Putin and making sure that Ukraine prevails.” In 2020, Truss’s first full year in charge of the DIT, her department granted more export licences to Russia than to UK allies like Germany and France. Russia had the seventh-highest number of British export approvals in the world.

Samuel Perlo-Freeman, research coordinator at Campaign Against the Arms Trade (CAAT), told Declassified: “The extent of licencing of dual use equipment to Russia – many of which licences have now had to be revoked – exposes some of the weaknesses in UK export controls.”

He added: “Even in the case of Russia, where the UK has long had an arms embargo, the failure to apply this to dual use goods, and the lack of end-use monitoring, mean there is still a very real risk of UK goods ending up in military equipment used for war and repression. It shouldn’t have taken Russia’s all-out invasion of Ukraine for the government to take export control seriously.”

“There is still a very real risk of UK goods ending up in military equipment used for war and repression.”

The value of controlled equipment exported to Russia picked up massively in Truss’s final period at the DIT, hitting a four-year high in June last year.

In her final six months in charge at the DIT, from April to September 2021, £148.5m of controlled British equipment was exported to Russia. Moscow would launch its illegal invasion of Ukraine  five months later in February 2022.

Days after the invasion, prime minister Boris Johnson announced the UK would ban all “dual use” licences for Russia.

Truss’s approval of controlled exports to Russia in this period contrasted with her department’s position on other official enemies such as Syria. In 2020, Assad’s Syria was granted just one licence worth £32,704. Truss’s department granted Putin’s Russia 273 licences worth £107m in the same period. 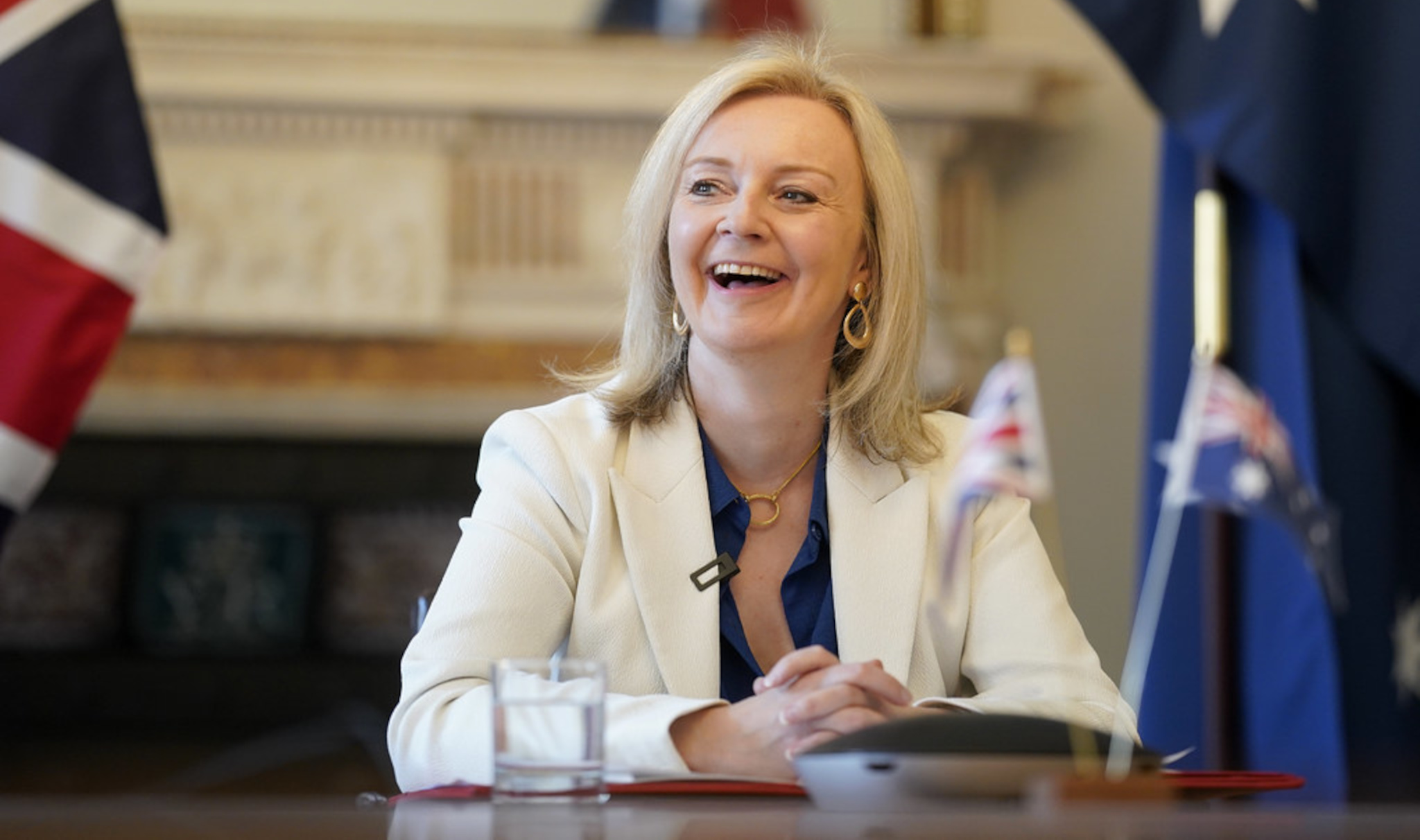 In April 2019, Truss posted a picture of herself with Lubov Chernukhin, the wife of Russian billionaire Vladimir Chernukhin, who once served as Russian president Vladimir Putin’s deputy finance minister.

During the 2017 British general election, the Russian embassy in London appeared to endorse the then Conservative leader Theresa May.

Declassified has previously revealed that in the 2000s, Tony Blair’s government increased export licences for controlled equipment to Russia by 550% as new President Vladimir Putin attacked Chechnya. UK officials admitted the support was mainly due to Putin’s willingness to open up Russian oil to BP.

“During her tenure at the DIT, Truss also played a key role in the potentially unlawful arming of Saudi Arabia during its war on Yemen.”

During her tenure at the DIT, Truss also played a key role in the potentially unlawful arming of Saudi Arabia during its war on Yemen.

In July 2020, Truss announced that she would begin licensing new arms exports to Saudi Arabia a year after a London court ordered the government to stop and examine whether there was a pattern of British weapons being used in violations of international humanitarian law (IHL).

Truss told parliament the government’s analysis had “not revealed any such patterns” and that “possible violations of IHL occurred at different times, in different circumstances and for different reasons. The conclusion is that these are isolated incidents.”

However, Declassified had seen evidence that Yemeni children were killed in airstrikes a few days before and after this announcement was made, suggesting the Saudi-led coalition is responsible for a pattern of civilian killings.

A government spokesperson told Declassified:  “A ban on export of dual-use items to military end-users or for military end-use has been imposed on Russia since July 2014. Since then, only export licences consistent with the sanctions measures have been approved.”

They added: “The UK has one of the most robust and transparent export control regimes in the world. We have introduced the largest and most severe economic sanctions that Russia has ever faced to help cripple Putin’s war machine, including by sanctioning key defence sector organisations and banning the export of critical technologies.”

PLEASE SUPPORT US WITH AS LITTLE AS £2 A MONTH