After thanking those who tried to save eight year-old Saffie-Rose Roussos, the youngest of those murdered at the Manchester Arena in May 2017, her mother told the inquiry into the atrocity: “I also want to say to the professionals and MI5, this inquiry isn’t about protecting your job, your reputation, or your uniform.”

Officers from MI5 had just spent three weeks giving evidence to the inquiry in secret.

Salman Abedi killed 22 people and maimed 139 others, half of them children, attending the Ariana Grande concert.

He had recently travelled to Libya, and was allowed back into Britain just days before his attack.

He had been watched by MI5 for many years, part of a Manchester community of Libyans which had sought refuge from dictator Muammar Gaddafi. Many had become increasingly indoctrinated by extremist ideology and engaged in fundraising for the Libyan Islamic Fighting Group (LIFG).

The British government subjected some of the Libyans in Manchester to control orders and their passports were confiscated.

But the Libyan ruler was then Britain’s enemy as well as the enemy of the Libyan exiles. He was the Lockerbie bomber, the supplier of arms to the IRA, and killer of the policewoman, Yvonne Fletcher.

Both MI5 and MI6 were keen to know who Gaddafi’s opponents were. MI6 took a keen interest in those Libyan dissidents, who were behind an attempted coup against Gaddafi in 1996.

Later, in 2003, Gaddafi suddenly became Britain’s friend – he had paid compensation to the victims of the Lockerbie bombing and Fletcher’s family and agreed to abandon his weapons of mass destruction programme.

Lucrative gas and oil contracts beckoned as the following year then prime minister Tony Blair met Gaddafi for what became known as the “Deal in the Desert”. 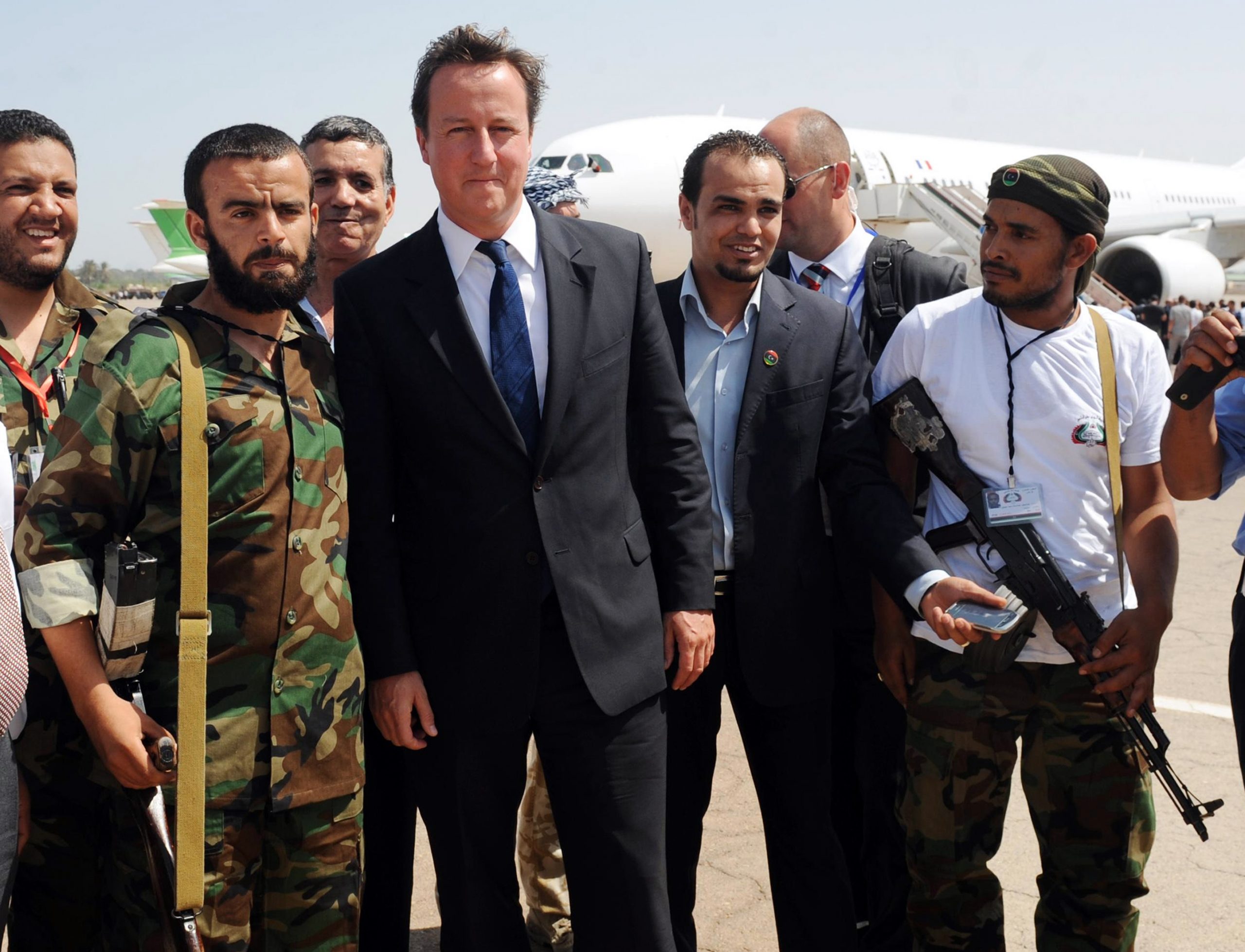 Did the UK’s secret Libya policy contribute to the Manchester...

So determined was the Blair government to impress its new friend that MI6 and MI5 offered up Gaddafi’s Islamist opponents who were living in Britain, or had lived there, to the Libyan secret police.

They included Abdel Hakim Belhaj, a founder of the LIFG who with his wife was rendered to Libya’s capital, Tripoli, in a joint MI6-CIA operation. They were incarcerated and tortured.

MI5 gave Gaddafi’s intelligence officials lists of Libyans living in Britain for use in Belhaj’s interrogations. (After seven years of denial, the government in 2018 finally apologised to Belhaj and admitted Britain’s role in the abductions.)

In 2011 – the year of the “Arab Spring” – Gaddafi went from being a close British ally to its enemy again, after threatening to crush protestors in the Libyan town of Benghazi.

David Cameron, enthusiastically backed by French president Nicholas Sarkozy, launched air strikes against Libya with the aim of toppling Gaddafi. The Libyan exiles in Britain, many of them suspected terrorists, were now allies once again.

The control orders imposed on them were lifted and their passports returned. Abedi and other Libyans in Britain were free to travel to Libya and join militant Islamic militias which seized power after Gaddafi was killed.

The new alliance between the militants and the British government and its security and intelligence agencies – MI5 and MI6 – would help to explain why Salman Abedi could fly back to Manchester days before his suicide attack despite previous suspicions they harboured about him.

“The public, and the bereaved families in particular, deserve answers”

We do not know how the British government’s shifting relations with the Gaddafi regime influenced MI5 and MI6’s approach to the Libyan extremists in Manchester. The public, and the bereaved families in particular, deserve an answer.

Salman Abedi had first come across MI5’s radar in 2010 but the Manchester bombing inquiry was told there was “nothing to suggest” then he was a risk to national security. He became a “subject of interest” to MI5 in 2014 but his file was closed five months later, in July 2014, based on a “lack of engagement” with extremists.

From 2013 to 2017, Abedi was in contact with three men, all separate subjects of interest – one suspected of planning travel to Syria, one with links to Al Qaeda, and the third with links to extremists in Libya.

And between April 2016 and April 2017, a month before the attack, he had contact with three more subjects of interest, all with suspected links to the Islamic State terror group.

A senior MI5 officer known to the inquiry only as Witness J was asked about two prison visits by Abedi to convicted terrorist Abdalraouf Abdallah. The second visit was in January 2017, shortly before he began planning his terror attack.

The inquiry was also told that Abedi’s name came up as a “priority indicator” during a “data-washing exercise” within a small number of former subjects of interest worthy of further consideration. A meeting to consider the results of the exercise was planned for 31 May 2017, nine days after the bombing.

In August 2020, Hashem Abedi, Salman’s brother, was jailed for a minimum of 55 years for helping to plan the Manchester attack. Hashem had travelled to Libya before the bombing. He was arrested shortly after the attack and extradited to Britain to face trial.

The inquiry has been shown pictures of Salman Abedi and his brothers brandishing guns in Libya. 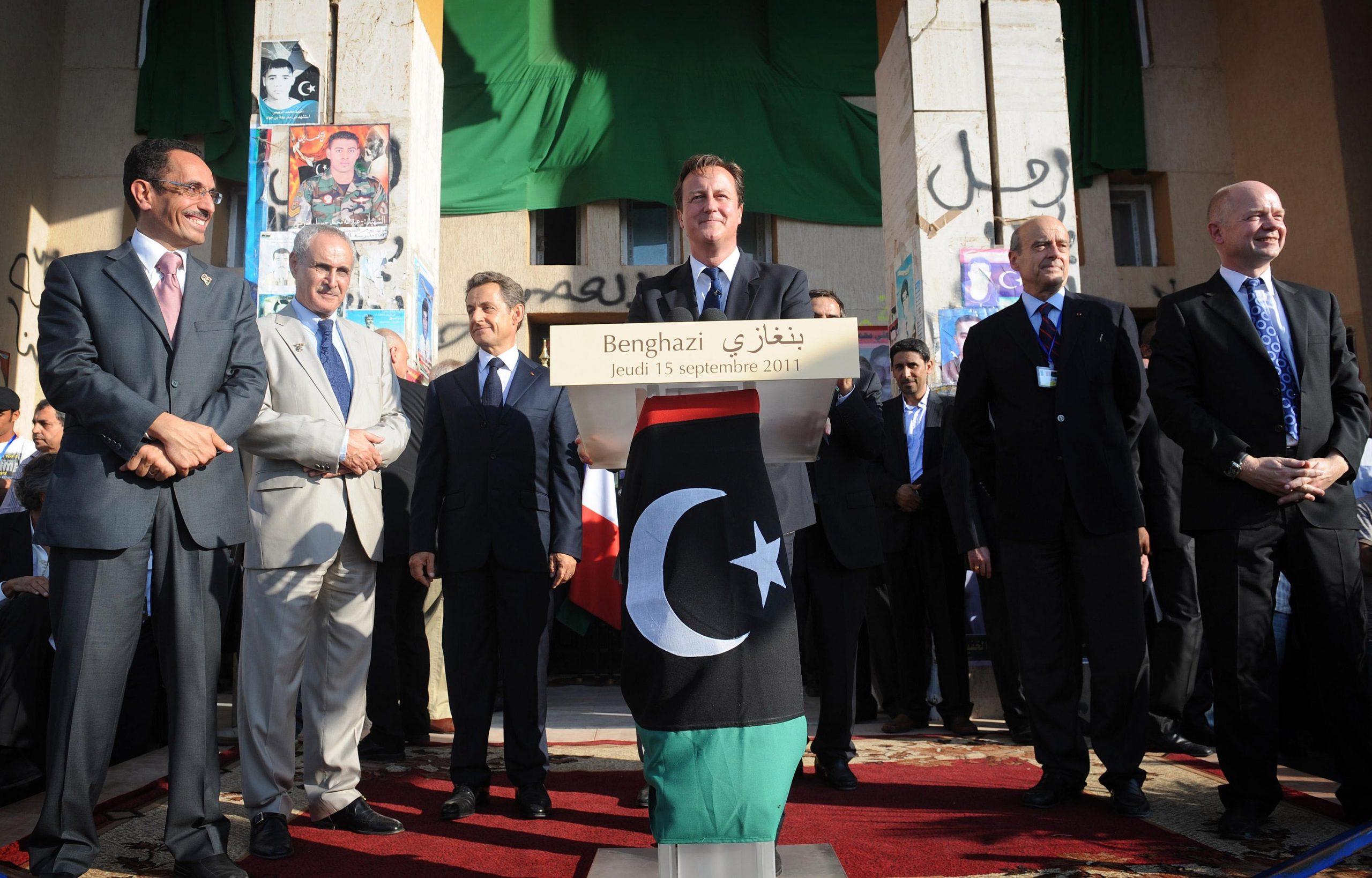 Kim Harrison, counsel for some of the bereaved families, said they pleaded to MI5 to cooperate with and answer those questions “in an open and constructive and non-defensive manner”. Witness J admitted to the inquiry that making different decisions “could have stopped the plot”.

In a heavily-redacted report in 2018 the parliamentary Intelligence and Security Committee said it was “highly surprising” that Salman Abedi “was not, at any point, subject to any form of travel monitoring or travel disruption.”

It added that “it appears highly likely that Salman and Hashem’s extremist views were influenced by their father Ramadan Abedi and fostered by other members of their immediate family”.

It also concluded that Salman should have been referred to the government’s counter-extremist Prevent programme.

We need to know why MI5 and MI6 dropped their guard and appear to have placed power struggles in Libya and the UK’s commercial interests there above those of the safety of British citizens.

DID THE UK’S SECRET LIBYA POLICY CONTRIBUTE TO THE...