Tony Blair’s government believed Bashar al-Assad had “increased the momentum for reform” in Syria after claiming 99.7% of the vote in a presidential election in which he was the only candidate, documents obtained by Declassified reveal.

The Syrian dictator came to power in 2000 following the death of his father, Hafez, who had ruled the country with an iron fist for three decades.

British diplomats were so optimistic the succession would strengthen relations between Damascus and London that Blair took the unprecedented step of visiting the Syrian capital to meet Assad.

It was the first ever visit to Syria by a British premier and is now likely to cause embarrassment for the Foreign Office, which took a year to process Declassified’s freedom of information (FOI) request for planning documents for the trip — flouting the normal 20-day time limit.

The documents we finally received include a briefing given to Blair in which British diplomats believed 34-year-old Assad may “promote the economic reform necessary” in Syria including “substantial liberalisation”.

Liberalising an economy typically involves slashing regulation on business and selling off state-owned assets such as water or energy, as Margaret Thatcher’s government had done in Britain in the 1980s.

“Since his succession, Bashar has reiterated his desire for modernisation,” the British documents noted. “The drive against corruption, instigated before his father’s death is set to continue”.

The month before Blair arrived in Damascus, Amnesty International published a report on a notorious prison in the country which found “a consistent picture of daily torture, inhuman conditions, constant victimization, and humiliation.”

Amnesty added: “For over two decades Amnesty International has documented and campaigned on a range of serious human rights violations in Syria, including the arbitrary detention of political opponents, the long-term detention of prisoners of conscience, torture and  ill-treatment, and political killings.”

Such human rights abuses by the Syrian regime were not mentioned in the eleven pages of briefing notes released to Declassified.

In 2011, a decade after Blair’s visit, the Assad regime massacred young Arab Spring protesters and imposed a brutal crackdown that inspired armed opposition against his rule, leading to a full-scale civil and international war.

Now a firm enemy of Whitehall, the UK has since 2012 spent at least £350 million supporting the rebellion against Assad in Syria while Blair himself has called for Britain to bomb Syrian regime targets.

British intelligence now regards Putin as the most serious threat to the UK.

The Foreign Office documents claim that the rule of Hafez al-Assad, which lasted from 1970 until his death in 2000, “brought with it an unprecedented period of stability”. They note that “his Government improved living standards, especially among the rural population, and remained relatively popular”.

The Foreign Office added: “The relationship between Britain and Syria has developed steadily since the restoration of diplomatic relations in November 1990”.

But Britain moved to turbo-charge its alliance with Hafez’s authoritarian regime when Tony Blair became prime minister in 1997.

In May 1997 – weeks after Blair won the election – the new foreign minister responsible for the Middle East, Derek Fatchett, was sent to Syria, accompanied by another minister who was “leading a water industry mission”.

The following year, foreign secretary Robin Cook visited Syria, then in 2000 another British foreign minister went to the country twice. In 2001, yet another of Blair’s ministers was dispatched to meet with the Syrian regime.

In the same period, Syrian officials came to Britain. Foreign minister Farouk al-Sharaa visited London in 1999 to meet Cook and the two met again in New York in 2001, the notes show.

There were further overtures to even strengthen military cooperation with the Syrian dictatorship which had long been notorious for having massacred thousands of protesters in the town of Hama in 1982.

In 1998, HMS Marlborough, a UK military frigate, “made a highly successful visit to Syria”. This was the first Royal Navy visit to the country in 48 years. It was followed by “equally successful visits” by HMS Edinburgh in 1999 and HMS Northumberland in 2000.

The incentive to get even closer to Syria’s regime was clear given trade with Britain had increased 50% in the decade since the renewal of diplomatic relations. By 2001, three British trade missions were visiting Syria each year, with two going the other way.

The British believed there were signs that its business interests would further benefit from the Assad regime’s economic reforms.

“The new government was hailed as more reformist but it remains to be seen whether it will promote the economic reform necessary to shift Syria’s stagnant economy”, the notes stated, adding that Bashar’s “succession to the Presidency has already increased the momentum for reform.”

Meanwhile, Syria’s economic problems were put down to “a number of inter-related factors”, including “lack of substantial liberalisation” and “low business confidence”. But the Foreign Office noted that Bashar “has already implemented the first tentative steps towards economic and social reform.” 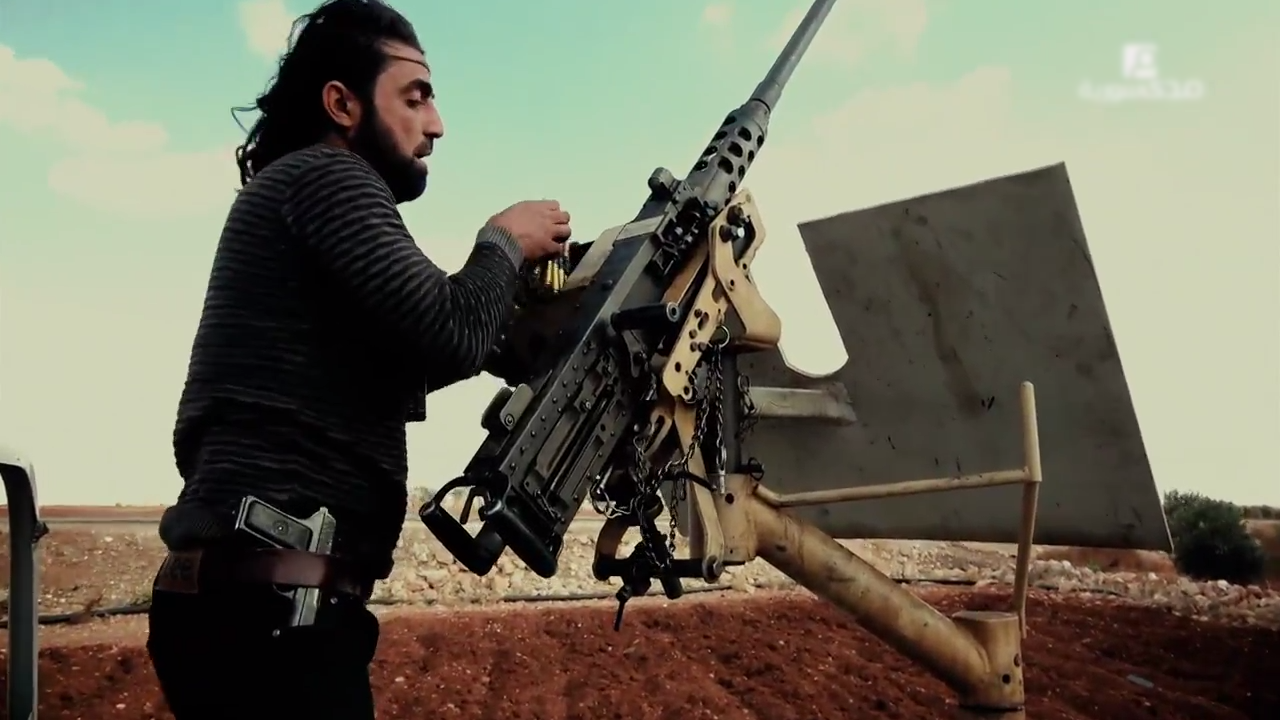 Revealed: The UK has spent £350-million promoting regime change in...

The notes explained that in 2000 Syria had ratified an agreement with the EU focused on “privatisation” and “trade liberalisation”.

This agreement “may lead to progress towards liberalisation of the Syrian economy in the longer term”, the Foreign Office noted, before adding the caveat that “there is much misgiving in the [Syrian] manufacturing sector about possible dismantling of tariffs”.

“The most promising concession in Syria”

The Foreign Office also noted that Syria’s economy was “highly dependent” on oil production which accounted for 54% of Syrian exports. Oil was Syria’s main export to Britain in the period, worth £84-millon a year.

Anglo-Dutch oil company Shell had had a significant interest in Syria since 1985 when it led a consortium which entered into a joint venture with the state-owned oil company to create the Al Furat Petroleum Company, the country’s largest oil producer.

In April 2006, Shell’s then general manager, Campbell Keir, told the US embassy in Damascus he “readily admits that Shell has done very well on its investment in Syria and would very much like to renegotiate an extension”.

The Foreign Office documents note the British embassy in Damascus had “co-sponsored schemes with Syria Shell [sic]” in 2000-2 to provide scholarships worth £366,000 to Syrian students to study in the UK. It is unclear how much Shell contributed.

Also in April 2006, as the overtures by the Blair administration continued, British company Gulfsands Petroleum started drilling its first well in Syria.

Gulfsands, incorporated in 2004 in London, had been granted a block in the north-eastern area of the country which the US embassy called “arguably…the most promising concession in Syria”. Gulfsands, the US cable continued, had an “ill-defined business relationship with Rami Makhlouf, President Asad’s first cousin.” British officials have helped Makhlouf’s financial operations, according to the Guardian.

The Foreign Office refused to answer Declassified’s questions about any conversations it had with Gulfsands concerning its Syria ventures. Its president and general manager Mahdi Sajjad was a “strictly protect” US informant and regularly briefed American officials.

In August 2006, the US embassy reported that Shell had been awarded new concessions in Syria, adding it was “aggressively pursuing a number of new initiatives which, if successful, would expand the company’s already considerable presence in Syria.”

But in 2011, Shell was forced to pull out of Syria because of EU sanctions imposed on the oil and financial industries in reaction to the Assad regime’s violent suppression of Arab Spring protests.

Syria’s new dictator had a historic and familial connection to Britain before Blair sought to court him. The documents note that Bashar had been “groomed for the Presidency since 1994” when his elder brother Basil died. At the time, Bashar was recalled from London where he had been studying ophthalmology.

In 2001, Bashar married Asma al-Akhras, a banker born and raised in Britain. Al-Akhras, whose parents are Syrian, worked for Deutsche Bank and JP Morgan in London after attending an elite British private school.

Just over a year after Blair’s visit to Damascus, in December 2002, Assad and his new wife were invited to Britain and met with the Queen and the Prince of Wales, before lunching with Blair at Downing Street.

Assad was also treated to a banquet at Mansion House by the Lord Mayor of London, who Declassified recently revealed runs a secret parallel foreign policy promoting privatisation and UK corporate interests around the world.

Such pomp and ceremony is often afforded to visiting Gulf dictators by the British government, but Assad and the Syrian regime were not seen as traditional allies of the UK establishment.

It was later revealed that Tony Blair had even considered asking the Queen to bestow an honorary knighthood on Bashar.

Despite releasing the notes for Blair’s trip to Damascus, the Foreign Office blocked Declassified’s FOI request for the briefing made for Assad’s visit to London the following year.

While confirming it does hold the notes, the Foreign Office said: “Ministers must be able to discuss policy freely and frankly, exchange views on available options and understand their possible implications.

“The candour of all involved would be affected by their assessment of whether the content of the discussions will be disclosed prematurely.”

But it is unclear why these exemptions would only apply to one set of briefing notes.

On the question of why it had released only one set of briefing notes, a Foreign Office spokesperson told Declassified: “All FOI requests are handled in line with FOI legislation and are treated exactly the same, regardless of who the request is from and their occupation.”

When asked if it had any regrets about trying to get close to Syria’s dictators, the Foreign Office said it had nothing to add to the information released under the FOI.

Tony Blair did not respond to a request for comment.

FOUR FAILED WARS MUST FINALLY FORCE THE UK TO ADOPT...