Alaa Abdel Fattah was working in South Africa when the 2011 revolution broke out in Egypt against its Western-backed dictator Hosni Mubarak. One of the cries on the street was: “Come on, Egypt: one, two, three! / One more push and we’ll be free!” Alaa and his wife raced back to help push.

At 29 already a veteran blogger and something of a tech guru with over half a million followers, he side-stepped any “leadership” position and put his technical and communication skills at the service of the revolutionary street – and the street loved him.

We practiced a home-grown, ground-up democracy, he urged people to speak to each other across ideological boundaries, to start working on a “people’s constitution”. He was everywhere.

By Autumn the military had him in their sights. When in October, at a mainly Christian protest, they killed 27 protestors and he was instrumental in persuading families to seek accountability, they arrested and charged him with stealing military arms.

He refused to be tried by a military court and eventually a civil judge found him (and 30 other defendants) innocent. But his first child had been born while he was in prison pending trial.

They got him in 2014 – for attending a silent protest demanding that the constitution then being drafted should not allow civilians to be tried in military courts. The Counter-Revolution under current ruler Abdel Fattah al-Sisi was in full swing. They sentenced Alaa to five years. His much loved father, human rights lawyer, Ahmad Seif al-Islam, died while he was in prison.

Alaa was released in March 2019 under a surveillance order: every day for another five years he was to report at 6pm to the local police station, and remain there till 6am. He picked up his life, cared for his son, caught up with his profession – and spent every night in a police cell.

In September 2019 they arrested him from inside the police station and charged him with joining a terrorist organisation and disseminating false news.

Throughout all this, Alaa was writing: articles, tweets, posts, interviews. These have now been collected in You Have not Been Defeated Yet, published by Fitzcarraldo in London.

But from September 2019 they kept him, pending trial, in a maximum security prison; they did not take him out of his underground cell except to go to court and for the monthly family visit. They did not allow him books, paper, pen, exercise, a watch or a bed.

Alaa’s mother, my sister, Laila, was born in London in 1956 when our mother was doing her PhD. Now, the lawyers started looking at the matter of citizenship, and when Alaa’s British citizenship was ratified on 15 December, five days before an emergency court which permits no appeal sentenced him to another five years, it felt like we’d been thrown a lifeline.

But when for almost four months the Egyptian government succeeded in stalling what we understood were repeated attempts by the British Embassy in Cairo to secure consular visits – Alaa went on hunger strike.

This has won us a small victory: on Day 47 of his hunger strike they moved him to a different prison. His room is light and he has a bed and bedding. On Day 54 they gave him the books we’d taken him, and he started taking in one hundred calories a day. 5% of what he needs, but still …

But still no Consular visits. Why? When his sister, Sanaa, was in prison last year they allowed Consular visits as soon as her citizenship came through. Why not for Alaa?

We believe that the regime in Egypt does not want Alaa free – ever. If he serves these five years they will find a new charge. His thirties have been spent in their prisons. His son is 10 and needs him.

He will continue his hunger strike until he meets a representative of the British government. 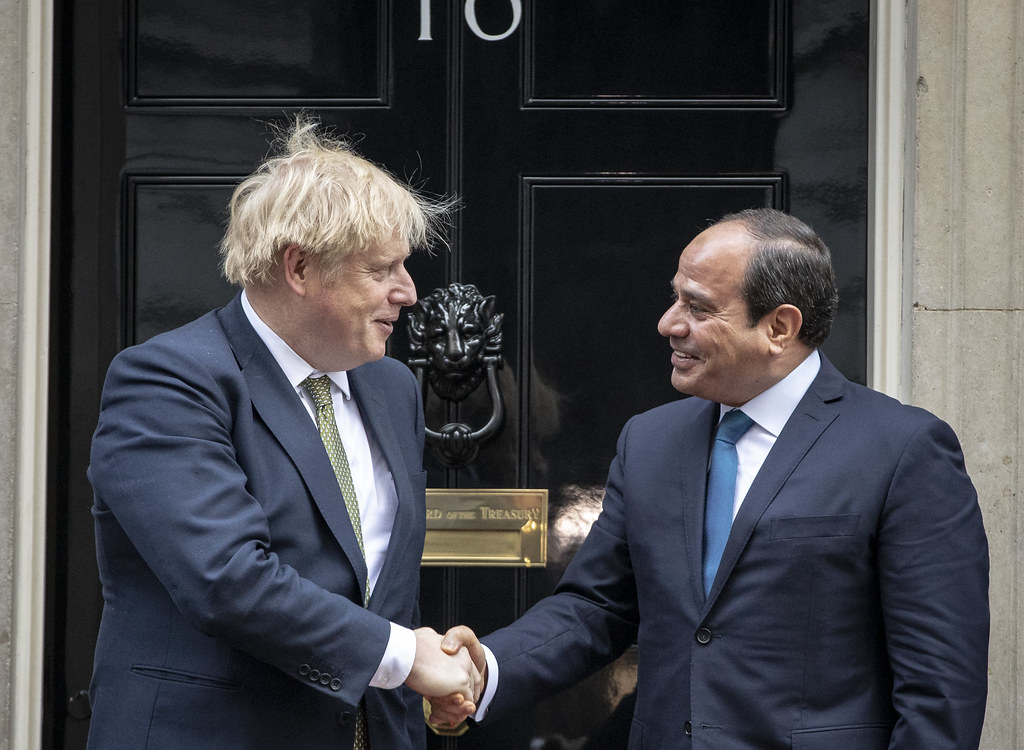 As repression in Egypt increases, so does UK cooperation with...

We are seeing a lot of action around the “strategic partnership” of the UK and Egypt; investment opportunities, transport deals, green deals, arms. In the last eight years the UK has sold £263m worth of military equipment to Egypt.

In March Boris Johnson spoke with al-Sisi and “welcomed growing cooperation between the United Kingdom and Egypt on trade, defence and security”.

There are also royal links. Last November Prince Charles visited al-Sisi in Cairo to “highlight the country’s close relationship with the UK”, Buckingham Palace said. At the same time, as Britain prepares for its Platinum Jubilee there’s much talk of British values and what it means to be British.

A group of MPs and peers has written to foreign secretary Liz Truss urging the UK government to secure Alaa’s release.

None of us are starry-eyed any more. We understand. What we don’t understand, on Day 60 of a hunger strike, is why – in the context of a relationship between two friendly nations – business interests are not being leveraged to enhance other, intangible ones.

Why isn’t a friendly word leveraging common interests into freedom for a man – a pro-democracy writer and thinker – whom so many are hoping will be saved by being British?

When I resigned from my trusteeship at the British Museum three years ago I argued that in considering the long-term interests of the Museum the confidence and trust of the young who were concerned about the fate of humankind should outweigh the replaceable sponsorship of big oil.

I studied in the UK, married here, had my children here and have lived here for upward of 30 years. I would argue that – despite all the turbulence of recent times – the reputation of the United Kingdom as an established democracy whose values include freedom of speech and the rule of (real) law is an asset that matters.

It needs to be protected.

SUPPORT US FROM ONLY £2 A MONTH 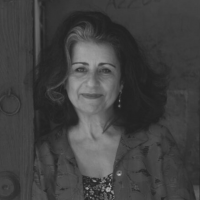 Ahdaf Soueif, the aunt of Alaa Abdel Fattah, is a leading author, including of the bestselling The Map of Love which was shortlisted for the Booker Prize in 1999 and translated into more than 30 languages.

BRITAIN BACKS MOST OF THE WORLD’S REPRESSIVE...

HOW THE UK PRESS IS MISINFORMING THE PUBLIC ABOUT...