An 82-year-old Kenyan man who developed breathing difficulties after exposure to a fire sparked by British troops has died. Murage Gitonga passed away on 19 November following a throat cancer diagnosis, Declassified has found.

In his youth Gitonga was a gun maker for Kenya’s Land and Freedom Army (or Mau Mau). The resistance movement fought against British colonial rule with Gitonga witnessing a significant ambush of imperial forces at the River Ruiru in 1953.

He spent three months in prison and claims his eyesight was damaged by torture. His house and livestock were also allegedly destroyed as punishment for participating in the uprising.

The rebel group targeted European settlers who had colonised Kenya’s best farmland. The area was dubbed the ‘White Highlands’ and this is where 10,000 UK troops still train each year. Such military exercises can create severe hazards for local people.

This March, British soldiers accidentally torched nearly 50 square kilometres of a wildlife conservancy in Lolldaiga in north-central Kenya. The luxury tourism estate is rented out as a training ground for British troops by its white owner Robert Wells. His grandfather settled the land during colonialism.

Following the fire, 1,496 Kenyans launched a lawsuit against the UK military and the Lolldaiga estate. They accused them of negligence. Britain’s High Commissioner to Kenya, Jane Marriott, has admitted the environmental conditions during the exercise were a “tinderbox”.

The environmental conditions during the exercise were a “tinderbox”

Gitonga was one of the key petitioners in the suit, attending court hearings and speaking at campaign rallies until his throat became too painful. He claimed the fire killed his chickens and damaged his health.

“About three months after the fire he started coughing and complaining about his chest,” his daughter Gathoni Gitonga told Declassified. “He was complaining about the black smoke from the fire. We live near it, not far.”

She took her father to hospital in Nanyuki where doctors found a tumour down his throat. Medical records seen by Declassified show the cancer was growing rapidly and he died days after an endoscopy examination. He was buried last week.

British doctor Thusiyan Nandakumar told Declassified: “This type of cancer is commonly associated with heavy smoking, with some studies showing the risk maybe 10 or more times that when compared to non-smokers.

“Alongside tobacco smoke inhalation, however, we also know that exposure to certain chemicals and substances, such as diesel or petrol fumes, coal dust and asbestos, also increases the risk of contracting this type of cancer.

“The intensity of smoke exposure also plays a role. Longer and more intense exposures to such triggers – either through smoking or fume inhalation – can greatly increase the risk of laryngeal cancers.”

Gathoni insists her father stopped smoking 20 years ago, leading the family to suspect the fire caused the tumour. It took at least four days to extinguish the blaze at Lolldaiga, which emitted clouds of acrid smoke. Five smaller fires were caused by British troops in the surrounding area in the preceding weeks.

No smoke without fire

Other residents have reported breathing difficulties after the fire in March. “It’s not only him, there’s a campaign against the black smoke,” Gathoni Gitonga commented. She added that her father’s hospital bills have left the family “with big money problems.”

Lolldaiga community representative Kelvin Kubai told Declassified: “I’m seeing similar cases. There’s a woman who was diagnosed with some spots on her lungs. They say this is a result of too much intake of carbon. Most of these people are not in a position where they are financially able to receive advanced medical attention.”

Kubai works closely with the African Centre for Corrective and Preventive Action (ACCPA), a group helping with the litigation against the British army. Gitonga died days before a Kenyan court was due to decide whether it had the power to hear the claim against British troops. That decision has now been postponed until 14 December.

A defence deal between the UK and Kenya specifies: “The Host Nation shall have jurisdiction for civil claims.” It also appears to give Kenya’s attorney general the power to ensure Nairobi’s judiciary keeps control of such cases.

However the UK claims it has “sovereign immunity” and wants the case to be referred to an “inter-governmental liaison committee.” This little-known organisation is composed of senior military officers and civil servants from both countries.

If it takes control of the fire damage case, it can send it for “arbitration as it deems fit and expedient.” This might mean any eventual settlement is less favourable to the claimants.

Gitonga’s death is the second to be linked to the fire. A Lolldaiga conservancy worker, Linus Murangiri, was crushed to death by a vehicle as he tried to help extinguish the blaze. He left behind his wife and two young boys.

A Ministry of Defence (MOD) spokesperson told Declassified: “The UK’s relationship with the Government and the people of Kenya is of great importance to us. We await the outcome of the Kenyan legal process that is underway and will respond to the findings once they are delivered.

“Our aim will always be to do whatever is necessary to prevent a fire such as this happening again. While the incident is under investigation, it would be inappropriate to comment further.”

Declassified understands the British army has updated its procedures for training in Kenya during the dry season. 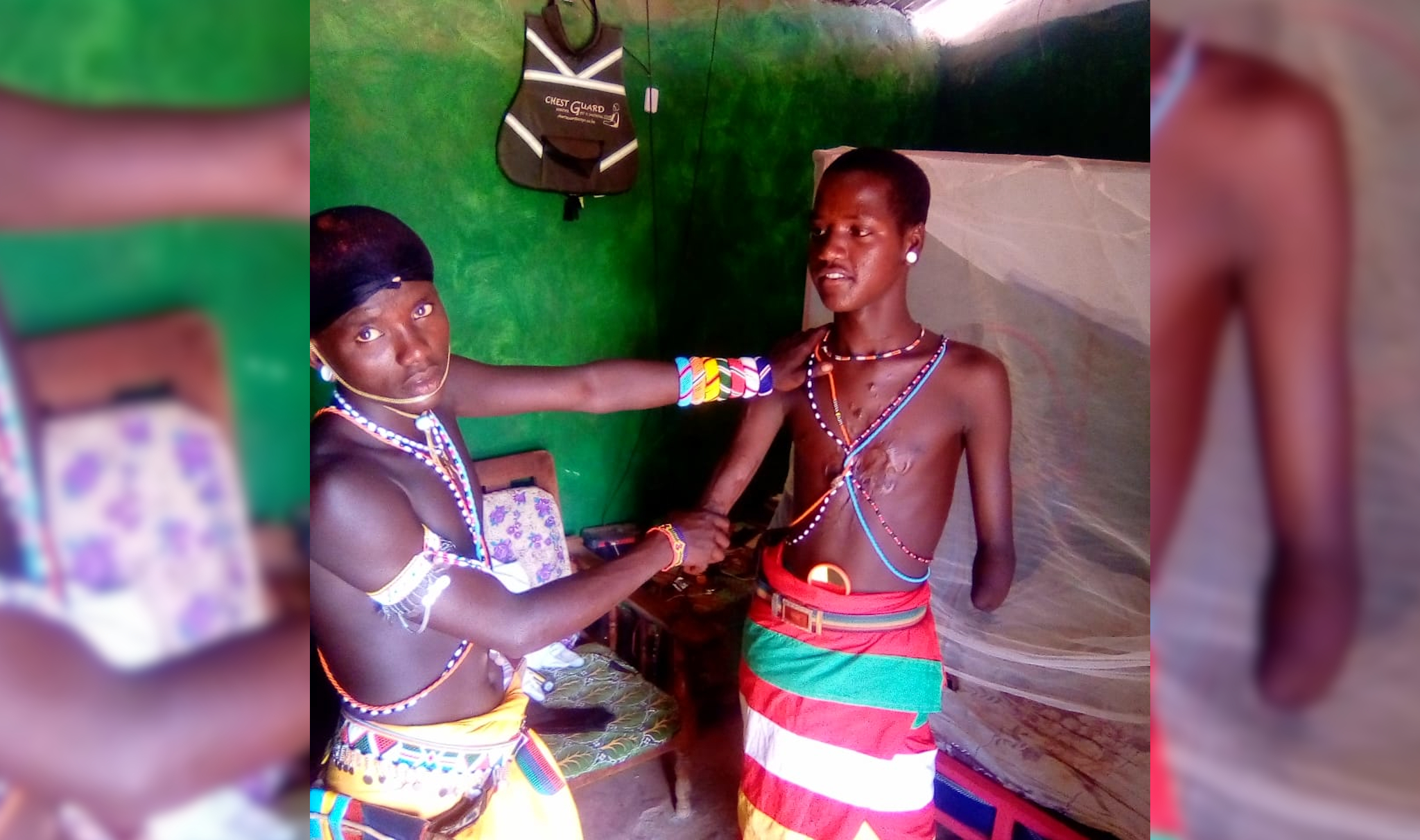 Bushfires are not the only hazard caused by British troops training in Kenya. Scottish MP Kenny MacAskill has uncovered evidence that a 13-year-old boy suffered burns and lacerations after inadvertently deploying an “unignited mini flare” at Archers Post on 23 January this year.

Archers Post is used for live fire artillery exercises by British and local forces. Defence minister James Heappey told MacAskill on Tuesday: “This flare is consistent with British munitions that had been used in the area.”

It is understood that the British army paid for the boy’s medical treatment and he is said to be recovering. Local sources believe his name is Loshaki Lengiro.

The revelation comes days after Declassified reported that another 13-year-old boy, Lisoka Lesasuyan, had lost both arms and his right eye after military debris detonated at Archers Post in 2015.

Police could not rule out that British munitions were responsible and the MOD paid around £67,000 in compensation without accepting liability.

There is a long history of unexploded ordnance causing death and injury to Kenyan civilians at Archers Post. The MOD claims there have been just two injuries since 2015. The ACCPA believes the true figure is much higher.

These issues come as the MOD is attempting to renew its defence agreement with Kenya and presented its plan to Parliament last week. The negotiations have been rocked by allegations that a British soldier murdered Kenyan woman Agnes Wanjiru in 2012.

The suspect is yet to be extradited to Kenya.