Maz Saleem’s 82-year-old father Mohammed was fatally stabbed by Pavlo Lapshyn in 2013. Lapshyn, a white supremacist from Ukraine, went on to plant bombs outside three mosques in the Midlands before being arrested.

In a police interview, he said his motive was to “increase racial conflict”. The year after Lapshyn’s attack, fellow neo-Nazis in Ukraine formed a militia called the Azov battalion, in response to Russian aggression in the country.

UK defence minister James Heappey told parliament on Thursday that the Azov battalion “has an ultra-nationalist background, with founding members espousing white nationalist and ultra-nationalist views, as well as endorsing some Anti-Semitic views.”

Heappey also said that – contrary to an earlier assurance – it was now “highly likely that members of the Azov battalion have had access to UK supplied anti-tank weapons.”

The Ministry of Defence has given over 4,000 rocket launchers to Ukraine, worth an estimated £80 million. Some have appeared in recent photographs with Azov members, which Saleem finds “concerning”.

However, Heappey said Britain has no plans to recover unused anti-tank weapons from Ukraine after the conflict. 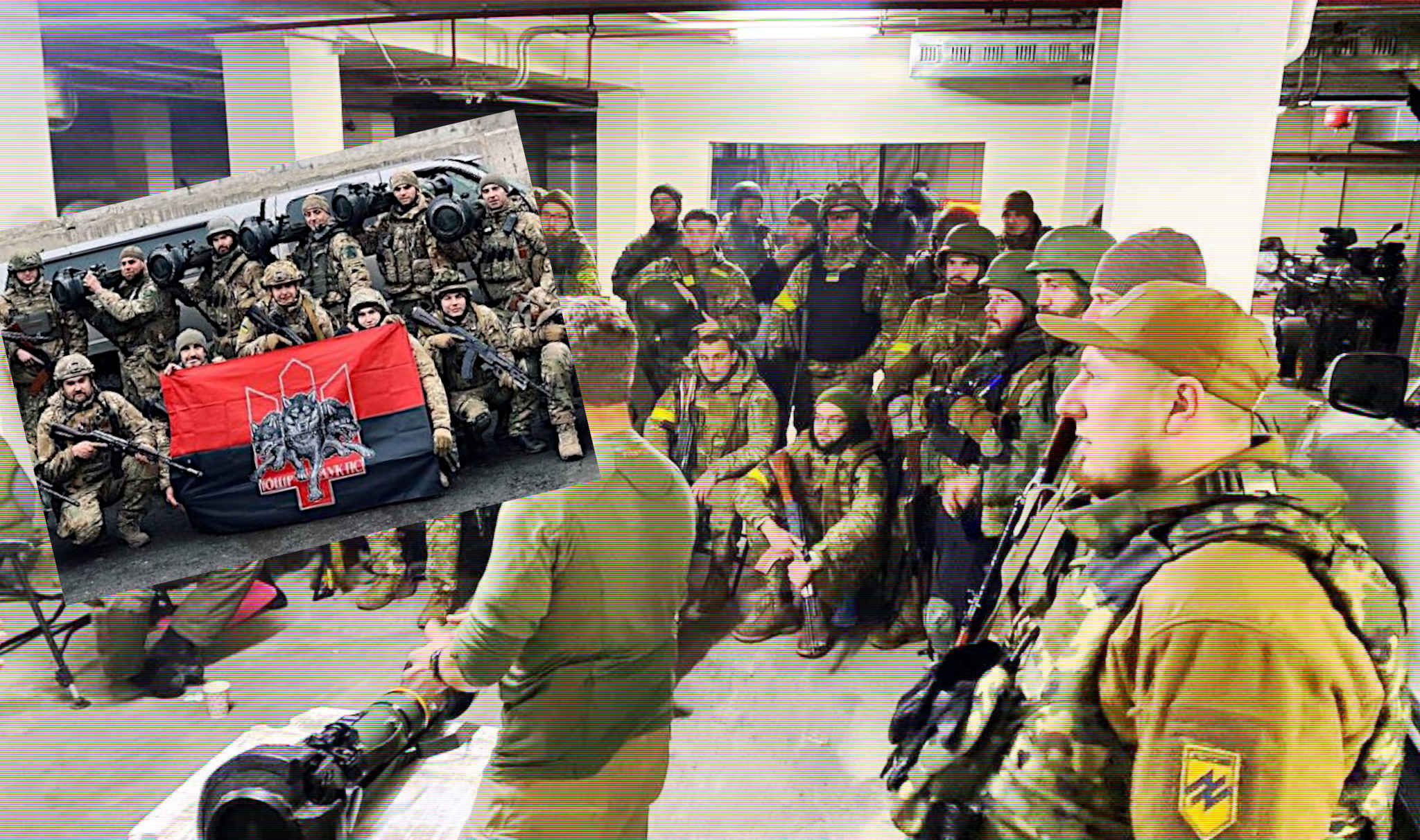 In the short-term, the weapons are likely being used to defend Mariupol from Russian invaders. The besieged city in south east Ukraine is an Azov battalion stronghold, where civilians have been repeatedly targeted by Vladimir Putin’s troops.

In the longer-term, there is a risk that such equipment could be used for other purposes, with the EU already concerned about arms trafficking out of Ukraine.

Saleem told Declassified that UK border authorities should “intercept their weapons at ports and other places of entry” if far-right extremists try to smuggle firearms into Britain.

She added: “More so than the weapons the Azovs possess, they have routinely invited European far-right groups to Ukraine to train in their camps.

CAN YOU SUPPORT US FROM £2 A MONTH?

“What my family found out the hard way is we cannot stop ideologies crossing borders, and the UK allowed someone with a known history of neo-Nazism and bomb-making to travel to Britain.”

Her concerns echo comments made by Dr Chris Allen, a criminologist at Leicester University who independently advised the government on hate crime.

Dr Allen told Declassified that the conflict in Ukraine was a “fantastic opportunity” for violent far-right groups in Britain “to learn military skills” and take their cause “to the next level”.

He said that although the numbers of British far-right activists looking to fight in Ukraine was low, it was “on the radar” of counter-terrorism experts.

“They were really concerned about that because it almost gives permission,” Dr Allen remarked. UK ministers have since reformulated their policy, advising against travel to Ukraine and warning that foreign fighters could be investigated upon their return. Ukraine foreign legion: ‘Some of them will lay down their...

Right-wing extremists are becoming increasingly active in Britain and accounted for 41% of terrorism arrests last year. Among the most dangerous groups is National Action, a neo-Nazi terrorist group with links to the Azov battalion.

It was banned by the Home Office in 2016 after celebrating the murder of MP Jo Cox. Dr Allen wrote an academic study of the group for the Home Office’s Commission for Countering Extremism.

He told Declassified that “people from National Action had been going over to Ukraine and training with the Azov Battalion. It’s one of those things that we know has happened in the past, and now with the access to military hardware this can be a very good training ground for people that do want to take things to the next level.”

A National Action organiser, Mark Jones, visited the Azov battalion’s headquarters in 2017. He was later jailed in Britain under the Terrorism Act. Police found a photo of him giving a Hitler salute in the execution room of Buchenwald concentration camp.

The presence of neo-Nazi groups in Ukraine was used by Putin in an attempt to justify his illegal invasion. However, Russian atrocities in Mariupol are only likely to increase the Azov battalion’s credibility.

The group has set up territorial defence units in other parts of Ukraine, with the country’s Jewish president Volodymyr Zelensky on Saturday rewarding an Azov commander “for the defence of the hero city of Mariupol”.

Far-right parties only won 2% of the vote at Ukraine’s last election in 2019. Extreme right-wing activists are also prevalent in Russia, including among Putin supporters.

BECOME A DECLASSIFIED UK SUPPORTER FROM £20 A YEAR

DID THE UK’S SECRET LIBYA POLICY CONTRIBUTE TO THE...

MANCHESTER BOMBING: WHAT ARE THE SECURITY AGENCIES...